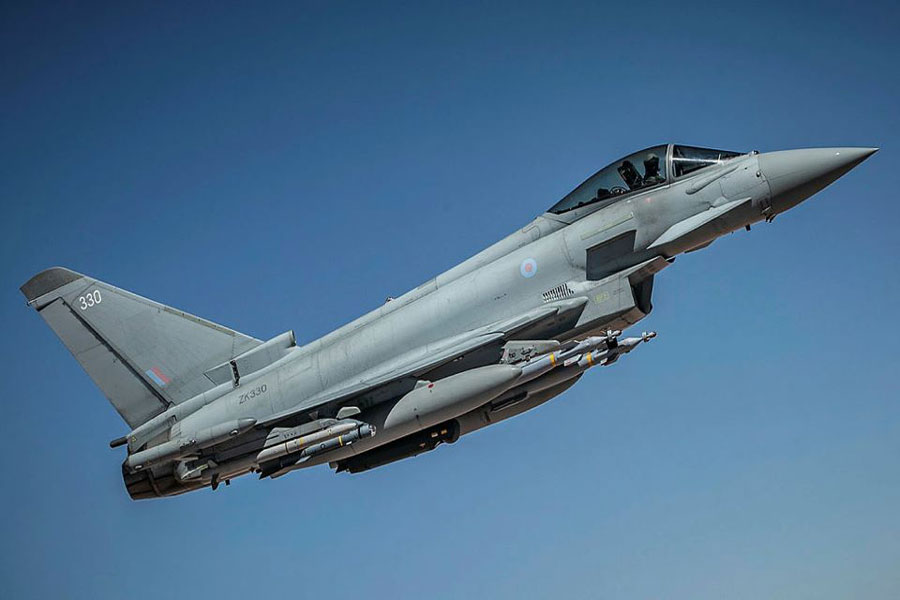 An RAF Typhoon on Op SHADER has shot down a small hostile drone in Syria which posed a threat to Coalition forces in the area.

Press Release, Whitehall, 16 December 2021: A Royal Air Force Typhoon has shot down a small hostile drone in Syria which posed a threat to Coalition forces in the area.

This unprecedented event was the first operational air-to-air engagement conducted by an RAF Typhoon, and also the first RAF air-to-air missile firing during Operation SHADER – the UK’s contribution to the Global Coalition against Da’esh.

Defence Secretary Ben Wallace said: “This strike is an impressive demonstration of the RAF’s ability to take out hostile targets in the air which pose a threat to our forces.

“We continue to do everything we can alongside our Coalition partners to stamp out the terrorist threat and protect our personnel and our partners.”

The engagement took place on 14 December when the drone activity was detected above the At Tanf Coalition base in Syria. As the drone continued on its track, it became clear it posed a threat to Coalition forces. RAF Typhoons conducting routine patrols in the area were tasked to investigate. Despite the small size of the drone making it a very challenging target, it was successfully shot down using an Advanced Short Range Air to Air Missile (ASRAAM) and the threat eliminated – a tribute to the skill and professionalism of Royal Air Force pilots. This comes several weeks after the RAF successfully eliminated a known terrorist threat in Syria using a remotely piloted Reaper armed with Hellfire missiles.

The Global Coalition against Da’esh has liberated eight million people across 110,000 sq km from Da’esh tyranny in Iraq and Syria. Nevertheless, Da’esh is still a threat. The UK remains firmly committed to working with our Coalition partners and the Iraqi Security Forces on further degrading the terrorist group.