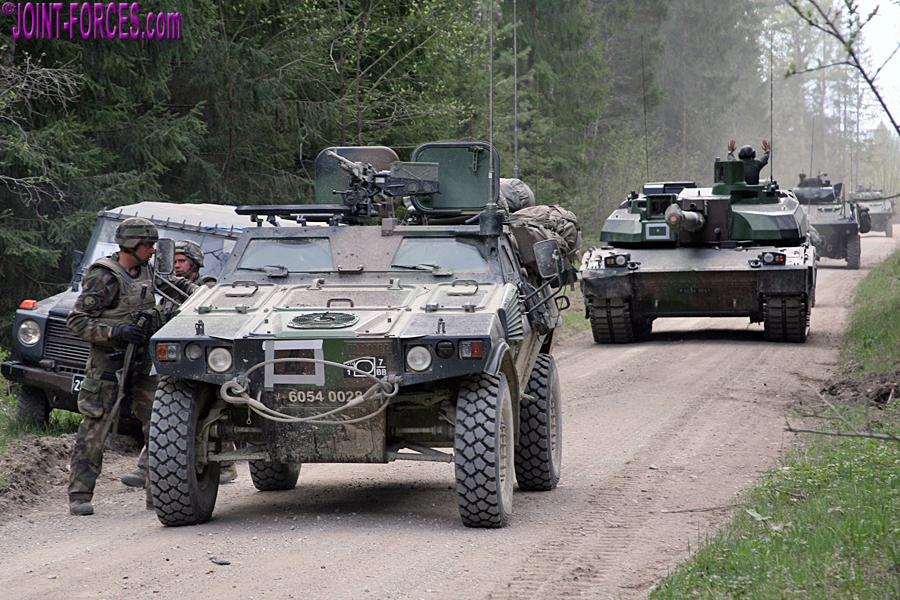 A few days ago the British Point-class fast sealift ship MV Eddystone departed La Pallice dockyard near La Rochelle on France’s Atlantic Coast bound for Paldiski in Estonia; when last verified, at 15:00GMT today, she was already in the Baltic Sea due south of Malmo in Sweden.

Aboard Eddystone, in addition to an undisclosed number of British Army vehicles, is the French LYNX 9 SGTIA (Sous-Groupement Tactique InterArmes or All-Arms Tactical Sub-Group) vehicle fleet consisting of:-

When deployed on previous NATO eFP (enhanced Forward Presence) attachment to the British Army’s Operation CABRIT mission in Estonia, the French contingent took roughly half the number of tanks but twice the number of APCs as this time. The forthcoming LYNX 9 deployment, which has been expanded to twelve months duration with four three-month roulements of personnel making up the constant 300-strong contingent, appears to consist of one infantry company and two platoons of five tanks (with two more in reserve) plus Engineer, Recce and Logistic support.

EDF Press Release, Tallinn, 18 March 2021: French and UK Army vehicles and equipment arrived by sea into an Estonian port on Wednesday 17 March 2021 to support the NATO enhanced Forward Presence Battlegroup based in the country.