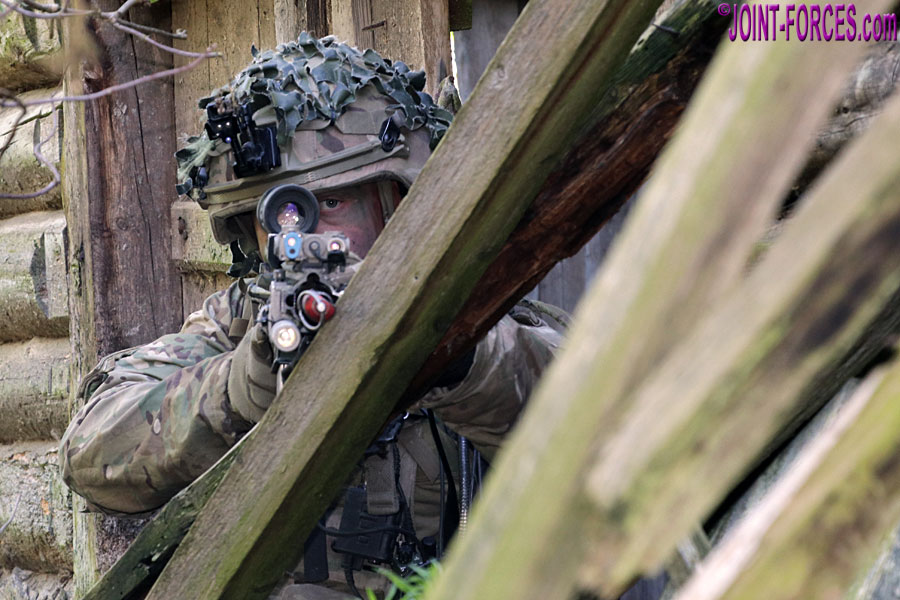 A Danish soldier deployed to Estonia to train alongside the NATO eFP Battle Group, May 2021 [© Bob Morrison]

The United Kingdom and Denmark are close allies and friends. We share democratic values of freedom, rule of law, and tolerance. We have a long history of working closely together in tackling security problems, both in the framework of NATO, in coalitions and bilaterally. We are both proud seafaring nations with common interests in global safe and free navigation upon the seas.

The recent weaponisation of migration against our Polish and Lithuanian allies, along with an aggressive pattern of Russian military build-ups near Ukraine’s border and in illegally-annexed Crimea, cyber-attacks, the use of disinformation, and the deployment of novel weapons systems, add to heightened tensions in Europe.

These concerning developments call for close cooperation among allies. They show us that threats are real and that we need to be alert. In an era of systemic competition, states are becoming increasingly assertive in how they advance their own objectives and while their actions may fall short of open conflict, they can nonetheless threaten our security and risk escalation into conflict. We must work together to act in response to aggression across the range of state and non-state threats: our collective response is greater than the sum of its parts. Malign and destabilising Russian and Belarusian behaviour is unacceptable and any Russian military incursion onto Ukrainian territory will have dire consequences for Russia’s relationship with the West. We are proud to offer our continued support to Ukraine’s sovereignty and territorial integrity.

Our common efforts in our enhanced Forward Presence in Estonia, our integrated response forces in NATO’s Readiness Initiative and Response Force, and our cooperation on stabilization efforts in Ukraine are important measures to deter and defend against the threats to the Euro-Atlantic region. Our unique relationship and cooperation are built on almost 20 years of active military engagements in Iraq and Afghanistan, among other places.

We are adamant in our support for, and defence of, our common values and our freedom.