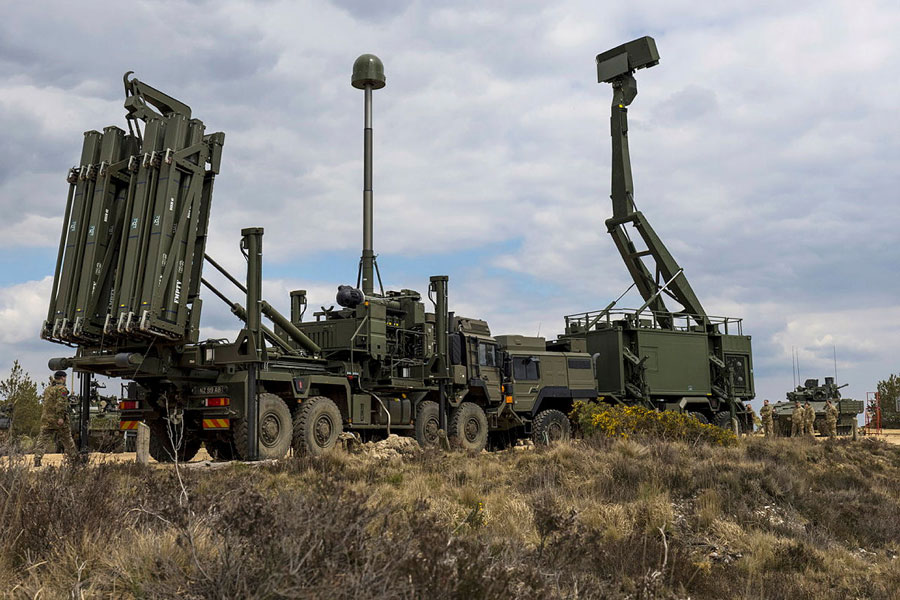 Unprecedented in speed, accuracy, performance and target acquisition, Sky Sabre will be able to hit a tennis ball-sized object travelling at the speed of sound. 16 Regiment Royal Artillery is now accepting into service the first tranche of Sky Sabre and further procurements will be configured to operate in all parts of the globe.

Defence Procurement Minister Jeremy Quin said: “Sky Sabre’s spearheading technology has significantly upgraded the protection of our forces from threats from the air. This cutting-edge of defence system is a clear demonstration of our warfighting capabilities to those who wish to do us harm.”

Sky Sabre has three key components expected to operate up to 15km apart in the battlespace:-

Commanding Officer of 16 Regiment Royal Artillery, Lieutenant Colonel Chris Lane, said: “We will be able to compete with our peers and take on some of the toughest adversaries. It gives us a capability we have not had before; this new missile system with its new launcher and world-class radar will absolutely put us at the forefront of ground-based air defence.”

Operational since 1970s, Rapier has seen service in Kuwait, the South Atlantic, and most visibly when it deployed to numerous London parks to combat any security threats during the 2012 Olympics.

Senior Training Officer, Major Tim Oakes said: “Sky Sabre is so accurate and agile that it is capable of hitting a tennis ball sized object travelling at the speed of sound. In fact, it can control the flight of 24 missiles simultaneously whilst in flight, guiding them to intercept 24 separate targets. It is an amazing capability.”

Building on our ambitions outlined in the Defence Command Paper, Future Soldier and bolstered by an additional £24 billion over the next four years, we are ensuring our Armed Forces are equipped with world-leading resources.