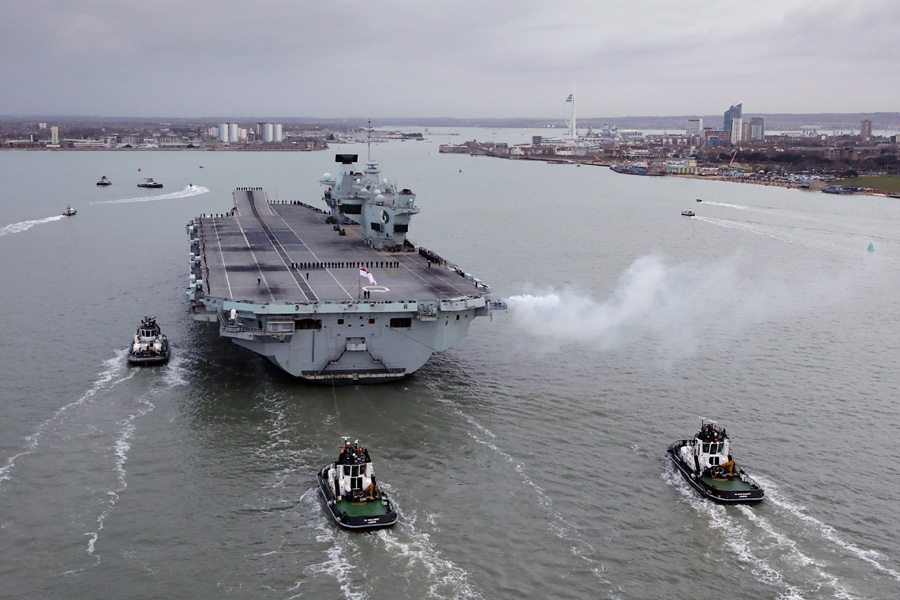 HMS Queen Elizabeth returned home to Portsmouth today after her maiden operational deployment to the Indo-Pacific and back.

HMS Queen Elizabeth’s crew are being welcomed back to their home base of Portsmouth after sailing 49,000 nautical miles to the Indo-Pacific and back. HMS Kent will join her tomorrow. 3,700 personnel from nine ships, a submarine, five air squadrons and a company of Royal Marines will arrive home in time for Christmas having departed the UK in early May.

US Marine Corps F-35 jets from VMFA-211 departed CSG21 in late November. United States’ Destroyer USS The Sullivans returned to her base port of Jacksonville, Florida in time for Thanksgiving last month and Dutch Frigate Evertsen recently returned to her home base of Den Helder.

The most significant peacetime deployment in a quarter of a century, Carrier Strike Group 21 has been more than just a military endeavour, bringing together elements of defence, diplomacy and prosperity and flying the flag for Global Britain.