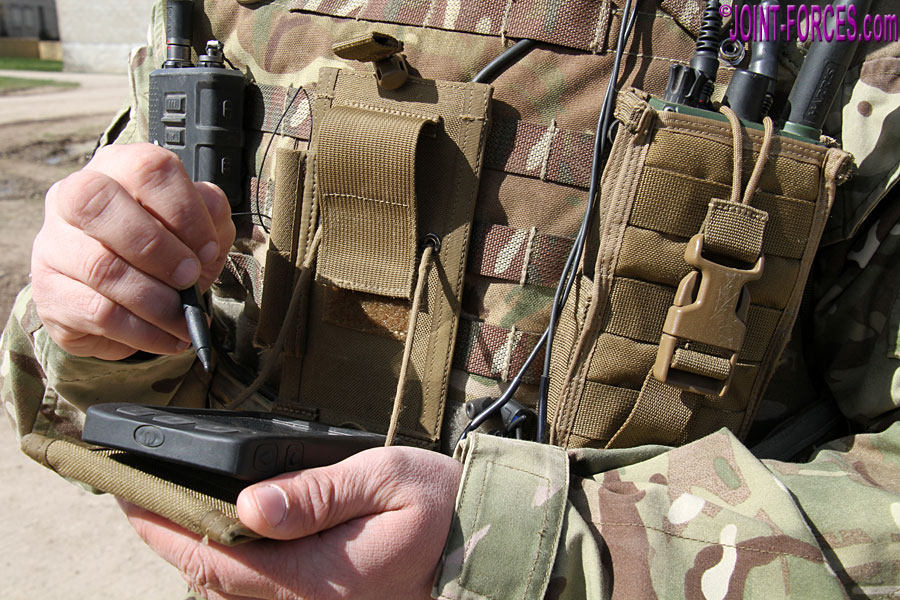 British Prime Minister Boris Johnson today made a Statement to the House of Commons on the Integrated Review of Defence and Security.

Prime Ministerial Statement, 19 November 2020: Mr Speaker, thank you and with permission, I will update the House on the Government’s Integrated Review of foreign, defence, security and development policy.

Our Review will conclude early next year, setting out the UK’s international agenda, but I want to inform the House of its first outcome. For decades, British governments have trimmed and cheese-pared our defence budget and if we go on like this, we risk waking up to discover that our armed forces – the pride of Britain – have fallen below the minimum threshold of viability, and once lost, they could never be regained.

That outcome would not only be craven, it would jeopardise the security of the British people, amounting to a dereliction of duty for any Prime Minister. So I refused to vindicate any pessimistic forecasters there have been by taking up the scalpel yet again.

Based on our assessment of the international situation and our foreign policy goals, I have decided that the era of cutting our defence budget must end – and it ends now.

The Ministry of Defence has received a multi-year settlement because equipping our armed forces requires long term investment, and our national security in 20 years’ time will depend on decisions we take today. I have done this in the teeth of the pandemic, amid every other demand on our resources, because the defence of the realm, and the safety of the British people, must come first.

I pay tribute to my Right Honourable Friends the Chancellor and Defence Secretary, who believe in this as fervently as I do. Reviving our armed forces is one pillar of the Government’s ambition to safeguard Britain’s interests and values by strengthening our global influence, and reinforcing our ability to join the United States and our other allies to defend free and open societies.

The international situation is now more perilous and intensely competitive than at any time since the Cold War. Everything we do in this country – every job, every business, even how we shop and what we eat – depends on a basic minimum of global security. Our people are sustained by a web of lifelines, oxygen pipes that must be kept open – open shipping lanes, a functioning internet, safe air corridors, reliable undersea cables, and tranquillity in distant straits.

This pandemic has offered a taste of what happens when elemental requirements are suddenly in question. We could take all this for granted, ignore the threat of terrorism and the ambitions of hostile states, and hope for the best, and we might get away with it for a while, before calamity strikes, as it surely would. Or we could accept that our lifelines must be protected, but we are content to curl up in our island and leave the task to our friends.

My starting point is that either of those options would be an abdication of the first duty of Government to defend our people. My choice – and I hope it will carry every member of this House – is that Britain must be true to our history. To stand alongside our allies, sharing the burden and bringing our expertise to bear on the world’s toughest problems.

To achieve this, we need to upgrade our capabilities across the board. We have already united our international effort into a new department combining aid and diplomacy, led with grit and purpose by my RH Friend the Foreign, Commonwealth and Development Secretary.

Next year will be a year of British leadership, when we preside over the G7, host COP-26 in Glasgow, and celebrate the 75th anniversary of the first United Nations General Assembly in London. We are leading the world towards net zero with our ten-point plan for a Green Industrial Revolution, and we are campaigning for our values, particularly freedom of religion and the media, and giving every girl in the world access to 12 years of quality education. But extending British influence requires a once-in-a-generation modernisation of our armed forces, and now is the right time to press ahead because emerging technologies, visible on the horizon, will make the returns from defence investment infinitely greater.

We have a chance to break free from the vicious circle, whereby we ordered ever-decreasing numbers of ever more expensive items of military hardware, squandering billions along the way. The latest advances will multiply the fighting power of every warship, aircraft and infantry unit many times over, and the prizes will go to the swiftest and most agile nations, not necessarily the biggest. We can achieve as much as British ingenuity and expertise allow.

We will need to act speedily to remove or reduce less relevant capabilities – and this will allow our new investment to be focused on the technologies that will revolutionise warfare, forging our military assets into a single network designed to overcome the enemy. A soldier in hostile territory will be alerted to a distant ambush by sensors on satellites or drones, instantly transmitting a warning, using Artificial Intelligence to devise the optimal response, and offering an array of options, from summoning an air strike to ordering a swarm attack, by drones or paralysing the enemy with cyber weapons.

New advances will surmount the old limits of logistics. Our warships and combat vehicles will carry ‘directed energy weapons’, destroying targets with inexhaustible lasers and for them the phrase ‘out of ammunition’ will become redundant. Nations are racing to master this new doctrine of warfare and our investment is designed to place Britain among the winners.

The returns will go far beyond our Armed Forces. From aerospace to autonomous vehicles, these technologies have a vast array of civilian applications, opening up new vistas of economic progress, creating 10,000 jobs every year – 40,000 in total – levelling up across our country and reinforcing our Union.

We shall use our extra defence spending to restore Britain’s position as the foremost naval power in Europe, taking forward our plans for eight Type 26 and five Type 31 frigates, and support ships to supply our carriers. We are going to develop the next generation of warships, including multi-role research vessels and Type 32 frigates. And this will spur a renaissance of British shipbuilding across the UK – in Glasgow and Rosyth, Belfast, Appledore and Birkenhead – guaranteeing jobs and illuminating the benefits of the Union in the white light of the arc welder’s torch.

If there was one policy which strengthens the UK in every possible sense, it is building more ships for the Royal Navy. Once both of our carriers are operational in 2023, the UK will have a Carrier Strike Group permanently available, routinely deployed globally and always ready to fight alongside NATO and other allies.

Next year HMS Queen Elizabeth will lead a British and allied task group on our most ambitious deployment for two decades, encompassing the Mediterranean, the Indian Ocean and East Asia. We shall forward deploy more of our naval assets in the world’s most important regions, protecting the shipping lanes that supply our nation, and we shall press on with renewing our nuclear deterrent. We shall reshape our army for the age of networked warfare, allowing better equipped soldiers to deploy more quickly, and strengthening the ability of our Special Forces to operate covertly against our most sophisticated adversaries.

Our security and intelligence agencies will continue to protect us around the clock from terrorism and new and evolving threats. We shall invest another £1.5 billion in military research and development, designed to master the new technologies of warfare, and we will establish a new centre dedicated to Artificial Intelligence and a new RAF Space Command, launching British satellites and our first rocket from Scotland in 2022.

I can announce that we have established a National Cyber Force, combining our intelligence agencies and service personnel, which is already operating in cyberspace against terrorism, organised crime and hostile state activity.

And the RAF will receive a new fighter system, harnessing Artificial Intelligence and drone technology to defeat any adversary in air-to-air combat.

Our plans will safeguard hundreds of thousands of jobs in the defence industry, protecting livelihoods across the UK and keeping the British people safe. The defence of the realm is above party politics and we all take pride in how British resolve saved democracy in 1940, and British internationalism – directed by Clement Attlee – helped to create NATO and preserve peace through the Cold War. The wisdom and pragmatism of Margaret Thatcher found a path out of confrontation when she met Mikhail Gorbachev in 1984.

In each case, Britain tipped the scales of history and did immense good for the world. Now we have a chance to follow in this great tradition, to end the era of retreat, transform our armed forces, bolster our global influence, unite and level up across our country, protect our people, and defend the free societies in which we fervently believe.

Mr Speaker, I commend this statement to the House.