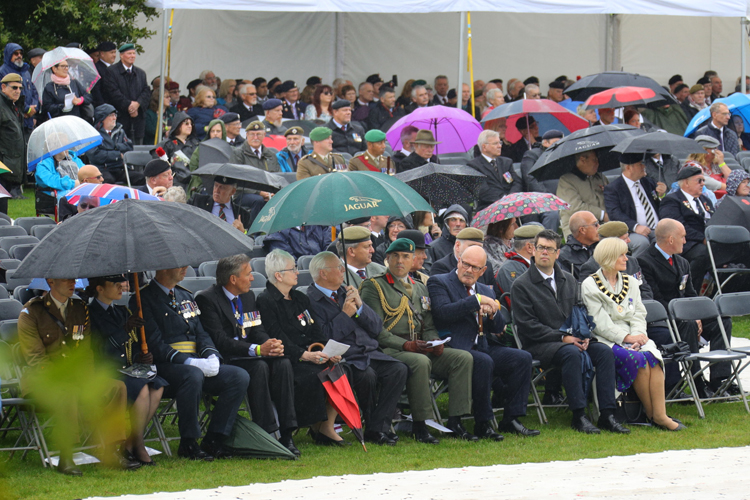 To mark the 50th anniversary of the start of Operation BANNER in Northern Ireland, commemorations were held today at the Arboretum in Staffordshire.

Focused around the Armed Forces Memorial, which individually commemorates those who fell, today’s event featured a service led by television presenter Alastair Stewart, a fly-past of a C-130 plane and Puma helicopter, The Band of the Royal Logistics Corps and tri-service personnel providing logistical support.

The MoD supported The Royal British Legion’s event to honour the service and sacrifice of those on Op BANNER. In 2017, the government awarded the charity £1.5m in funding to deliver national commemorative events, specifically to include this 50th anniversary. Attendees included current personnel and veterans who deployed in Northern Ireland, MoD Civil Servants and Civilian Services who supported Op BANNER, and families of UK Armed Forces and Civilian Services personnel killed because of the operation.

Defence Secretary Ben Wallace deployed to Northern Ireland with the Scots Guards in the 1990s. He said: “Such a significant number of our Armed Forces community were involved in Op BANNER across four decades. It was a challenging and complex operation, and their dedication and sacrifice must not be forgotten. The men and women of the armed services should be proud of what we achieved for Northern Ireland. The peace process, and the vast majority of the population’s rejection of terrorism and violence, is testament to their efforts. We remain grateful for their service on the nation’s behalf.”

Major General Ian Cave, Chief of Staff Field Army, read at the service, which also included a two-minute silence and other readings of contemporary military accounts.