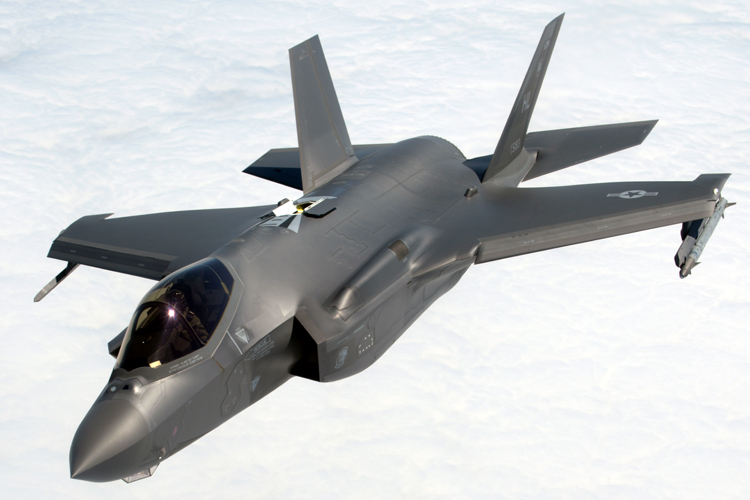 The UK MoD and DIO have today announced that work has started on buildings that will be home to two US Air Force F-35 squadrons at RAF Lakenheath.

MoD News Release, 15 July 2019: The start of construction was marked with a ceremony attended by senior representatives from the Defence Infrastructure Organisation (DIO), USAF’s 48th Fighter Wing and contractors Kier and VolkerFitzpatrick. Ground was broken on the site which will include the construction of a flight simulator facility, a maintenance unit, new hangars and storage facilities.

DIO awarded a contract worth £160 million to the Kier VolkerFitzpatrick joint venture in November to deliver infrastructure at the Suffolk airbase. Building work has begun so that the base will be ready to welcome the first of the new aircraft in late 2021. The contract award is the first in a wider programme of work to support US Air Force operations in the UK, with more than US $1 billion expected to be invested in the UK over the next 7 to 10 years.

At the height of construction, it is expected that there will be up to 700 people on site supporting the programme. The investment will also provide wider benefits both to the project and to the local economy. Construction materials from the demolished buildings have been reused on site for subbase for carparks, roads and other hard standing areas. There will also be a concrete plant on site reducing carbon miles and traffic in the community.

DIO is also working closely with Forest Heath District Council and Kier VolkerFitzpatrick to ensure that the opportunities to create employment and training are maximised and that they last beyond the end of construction. In the first 6 months of the project 6 apprentices were taken on and 22 new jobs were created. A ‘meet the buyers’ event was held recently for local companies to understand what work opportunities are available in the project.

RAF Lakenheath will be the first permanent international site for US Air Force F-35s in Europe. USAF 48th Fighter Wing Commander, Colonel Will Marshall, said: “This ceremony is an exciting milestone for the Liberty Wing as we prepare this installation to welcome two squadrons of F-35A Lighting II aircraft and supporting personnel. Breaking ground on this project takes us one step closer to becoming a more lethal and ready force as U.S. Air Forces in Europe and Air Forces Africa’s premier combat wing.”

DIO USVF Programme Director, Keith Maddison, said: “DIO is proud to be working with the US Air Force and Kier VolkerFitzpatrick to deliver this exciting project.

“The infrastructure being delivered will benefit the local economy by providing a range of training and employment opportunities as well as demonstrating our long and proud history of supporting US Air Force capability in the UK.”

Managing Director of Aviation and Defence at Kier, James Hindes, said: “We are very pleased to be delivering this prestigious project with VolkerFitzpatrick on behalf of the DIO. Throughout the project we will be working closely with the local supply chain to deliver this crucial infrastructure, allowing RAF Lakenheath to become the first permanent home in Europe for the US Air Force F-35 Fighter Jet.”

Managing Director of VolkerFitzpatrick’s Civils division, Chris Evans, said: “VolkerFitzpatrick is proud to continue their long standing track record working in collaboration with Kier, DIO and the USAF Lakenheath team on this significant project, which allows us to build on our substantial experience within the civil airports and defence sector. It is great to see works getting underway and I look forward to seeing the programme progress over the coming months.”