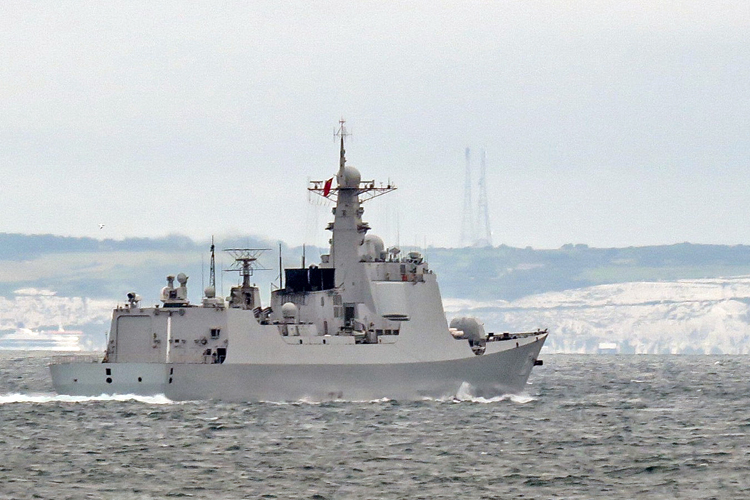 The Royal Navy announced this afternoon that the frigate HMS St Albans is today monitoring the progress of a Chinese destroyer through the English Channel.

RN News Release, 14 July 2019: The Portsmouth-based Type 23 frigate is shadowing the Chinese destroyer Xian as it sails east past the UK.

St Albans will keep track of the Chinese ship’s activity as it transits through the UK’s area of interest.

“This is normal business for the Royal Navy, keeping watch over UK waters at all times.

“HMS St Albans is one of several warships standing ready to respond at short notice to help keep Britain safe.”

Since 2016 HMS St Albans has been tasked with a number of maritime security operations in UK waters.

She has monitored the passage of several foreign warships through the English Channel and conducted anti-submarine operations in the north Atlantic.

Editor’s footnote: The Xi’an ( 西安 ) is a Type 052C destroyer armed with eight Anti-Shipping Missiles, 48 Surface to Air Missiles, a 100mm main gun, two 30mm Close-In Weapon Systems and six Anti-Submarine Warfare torpedo tubes. It has a hangar and helicopter landing deck at the rear from which it can operate one or two Kamov Ka-27 HELIX helicopters.