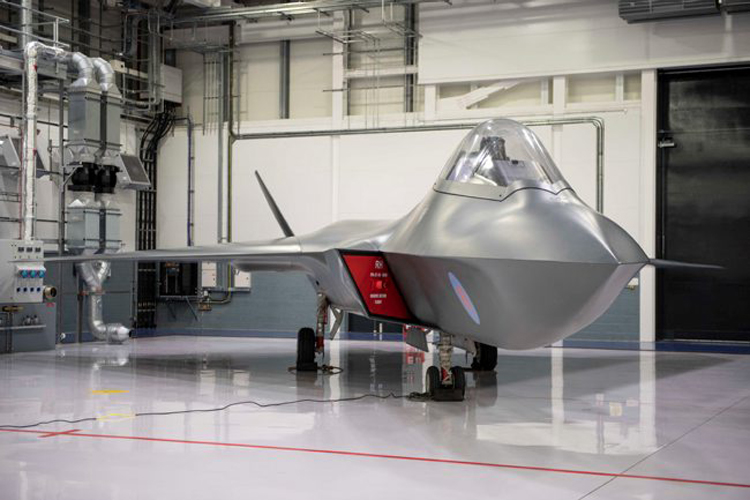 The UK MoD has announced a new recruitment drive for TEAM TEMPEST, with the number of people working on the programme set to more than double over the next two years.

UK MoD Press Release, 11 July 2019: The programme, set up to develop the sixth-generation fighter jet to join the RAF’s fleet from 2035, already employs over 1,000 people across UK industry and the MOD is planning to increase that number to over 2,500 by 2021.

At the inaugural RAF Inspire event in MoD Main Building to mark the contribution of RAF personnel who have driven innovation and change yesterday, the Minister announced a new campaign to attract young recruits to a career with TEAM TEMPEST. The campaign will focus on engaging the best and brightest young minds across the country to encourage them to take up a career in Science, Technology, Engineering and Maths (STEM).

TEAM TEMPEST will visit schools, colleges and universities and present at key STEM events across the UK. The team will provide new resources for schools and colleges as well as launching on social media through Twitter and Instagram, to inspire the next generation to pursue STEM careers in the combat air sector.

“This recruitment drive demonstrates our enduring commitment to securing and advancing the careers of some of the brightest minds in the UK.”

Speaking at the event, the Chief of the Air Staff Air Chief Marshal Stephen Hillier also announced a new £50,000 investment in the National Flying Laboratory (NFL) at Cranfield University. The NFL provides airborne flight test experience for all aerospace engineering undergraduates at the country’s top 10 aerospace universities. Cranfield University’s current projects include developing advanced sensors that will make helicopter engines more efficient and a ground-breaking project designing the world’s first ‘flapless’ plane, the Demon, in a partnership with BAE Systems.

The Chief of the Air Staff took the opportunity to thank those service personnel who have championed STEM within the RAF, presenting the Inspire Trophy. Nomination forms for the award were sent to Station Commanders across the country and nominees were narrowed down to just six, including:

Chief Tech Chris Mossman, who led an initiative infusing STEM, art, history and peacebuilding in a toymaker’s engineering workshop for local children. The Cosford Air Team for developing a STEM hub offering a variety of learning programmes and camps, including a dedicated Women in Science and Engineering week led by female RAF STEM Ambassadors.

Air Chief Marshal Stephen Hillier, Chief of the Air Staff, said: “I am delighted to announce that we have just committed £50,000 to sponsor the National Flying Laboratory at the Cranfield University. This will give us unprecedented access to the country’s best young engineering talent.

“All of the nominees have reached out beyond their immediate horizons. They are the very definition of ‘inspirational’ and I am proud to be in their company this afternoon.”

Alongside the Defence Minister and the Chief of the Air Staff, a BAE Systems graduate named Mollie Dunmore, who is currently working in the Tempest Hydraulics team, addressed the audience on the opportunities the TEAM TEMPEST programme provided for her.