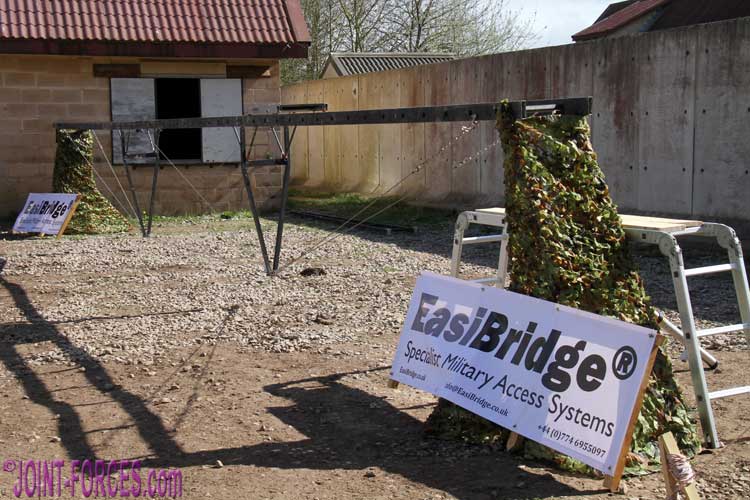 Press Release, 16 May 2019: Funding from the Defence and Security Accelerator (DASA) has led to a micro SME, based in Devon, attracting their first military order from the Army Rapid Innovation and Experimentation Laboratory (ARIEL); delivering innovative bridging equipment to the Royal Engineers.

DASA invested £77,086.80 in July 2018, tasking EasiBridge to adapt their product range for defence and wider government use. Under the expert guidance of DASA’s partner and project technical advisers at the Defence Science and Technology Laboratory (Dstl), EasiBridge products have undergone a series of rigorous military trials, deploying on international exercise.

EasiBridge has already commenced work on the order to deliver 3 bridges, 3 conveyors, and 1 footbridge. The equipment will be supplied as trial structures for the Royal Engineers Trials and Development Unit (RETDU).

Brigadier Kev Copsey, Head of Future Force Development, says: “The Army is embracing emerging technologies and adopting innovation that eases the tasks of our people. We are delighted to be supporting a UK innovator, turning new ideas into military capability and putting it into the hands of soldiers quickly for trials and testing.”

Lucy Mason, Head of DASA says: “This is a cross defence innovation success story. By embedding exploitation at the beginning of the innovation process and having the end user in mind throughout, it can lead to faster adoption of innovative ideas into Defence and wider Government. DASA is committed to supporting small businesses with great ideas and providing a platform upon which they can shine; EasiBridge did just this, attracting both UK and international interest.”

The defence trials provided further evidence that the innovation could also be adapted for other government uses, particularly for emergency and rescue services. The EasiRoof ‘Lite’, for example, could offer lower-cost, light-duty roof support for disaster relief or as emergency accommodation.

Stephen Bright, Director, Bright Structures Ltd said: “EasiBridge is the world’s first user-portable, long-span, rescue/assault bridge and I am delighted that the Royal Engineers will be the first military unit to benefit from it. DASA support has been instrumental in developing a whole new range of gap crossing, force protection and specialist access capabilities.”

Stephen goes on to say: “I cannot tell you the renewed impetus this project has given us. After 3 years scratching around the wilderness, the last several months have already started to change everything. Exactly what DASA was intended to do, I’m sure.”

DASA is continually seeking to develop innovative ideas that have the potential to positively impact the operational effectiveness of the UK’s military. EasiBridge development was funded through a DASA open market competition looking for the next ‘generation troop protection, access and mobility systems’.