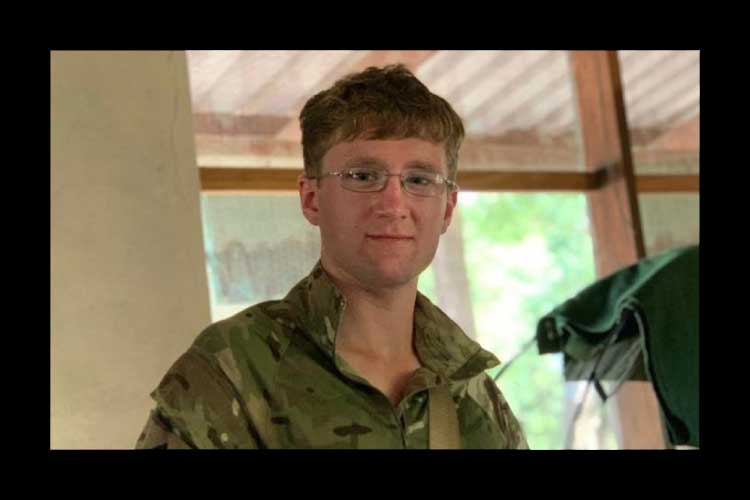 The UK Ministry of Defence has confirmed the death of Guardsman Mathew Talbot who was deployed in Malawi on Counter-Poaching duties on Operation CORDED.

News Release, 07 May 2019: It is with great sadness that the Ministry of Defence must confirm the death of Guardsman Mathew Talbot of The 1st Battalion Coldstream Guards, who has tragically died on counter poaching operations in Malawi on 5th May 2019.

On completion of his military training at AFC Harrogate and then ITC Catterick Gdsm Talbot was posted to Number 7 Company Coldstream Guards, based in London where he spent the first, formative year of his career conducting State Ceremonial and Public Duties. Since then Gdsm Talbot has been serving with The 1st Battalion Coldstream Guards, based in Windsor. This deployment to Malawi was his first operational deployment. Mathew took great pride in being a Counter Poaching Operator and in what he and the rest of the team was doing in Malawi.

Mathew was an exceptionally kind and friendly individual. In Malawi he was often to be found befriending the locals and learning their language, which he did remarkably quickly. He became good friends with the Gurkhas attached to the team and took time to try and learn Nepali. Mathew was a very keen photographer, documenting his time in the military with countless albums of his work. He particularly enjoyed capturing his time in Malawi. He loved music and his close friends will remember him as a big fan of Frank Sinatra. Mathew was an avid reader of military history and he was incredibly proud to serve in a regiment that had such a long an illustrious history.

Lt Col Ed Launders MBE Commanding Officer said: “I will always feel honoured to have served alongside Guardsman Mathew Talbot. He was a determined and big-hearted Coldstreamer who devoted his life to serving his country. It was typical of his character to volunteer for an important and challenging role in Malawi. He was hugely proud to of his work as a Counter-Poaching Operator, and tragically died doing great good.

“Mathew was loved by his brothers in arms in the Coldstream Guards. We will sorely miss his humour, selflessness and unbeatable spirit.

“My deepest condolences go to his parents, family and loved-ones. My thoughts and prayers are with them at this desperately sad time.”

Major Richard Wright, Company Commander said: “As his Company Commander I only had the pleasure of Commanding Gdsm Talbot for a short period of time, but in the little time that I did have, my abiding memory of Gdsm Talbot will be that he never failed to make me smile. A real character who was always full of wit and never short of a joke or two, he quickly and easily made lifelong friends in the team.

“During his time in the Army he enjoyed the adventure of training overseas. This included a recent exercise in Kenya where he found himself training in a harsh and demanding environment. Shortly afterwards, he volunteered to mentor and partner the Malawian Ranger Force in their fight against the illegal wildlife trade. A true Coldstreamer, fit, energetic and full of selfless commitment, Gdsm Talbot bravely lost his life whilst ensuring that endangered species will be around for future generations to learn from and enjoy. The loss of Gdsm Talbot will be felt throughout the Battalion and in particular by the soldiers and officers of OP CORDED and Number 2 Company, who knew him best. It is with great sadness that he leaves behind, his father Steven, his mother Michelle and sisters Aimee and Isabel and Olivia his girlfriend.”

Lt Hugo Cazalet, Platoon Commander said: “Gdsm Talbot was an exceptional and unique personality, possessed of a quick and dry wit. He was a proud ‘Brummie’ with an epic work ethic, he always worked hard for his mates and put the needs of the team before his own. He was a constant source of morale, even in the direst situations and his infectious humour ensured that his team were constantly smiling too.”

Gdsm Tyler Ashton said: “Matt was a very close friend, with many good memories and he never failed to amuse me and make me laugh.”

LSgt Louis Bolton said: “It’s hard to find words at a time like this but I can honestly say he will truly be missed and remembered. Mathew was a unique character and genuine guy. Loved and trusted by all who cared for him. I can honestly say that no matter the time of day or situation he was in, he was always laughing and cracking jokes – we loved him for it.”

Defence Secretary Penny Mordaunt said: “I was deeply saddened to hear of the death of Guardsman Mathew Talbot, who died while carrying out vital counter-poaching work in Malawi. This tragic incident is a reminder of the danger our military faces as they protect some of the world’s most endangered species from those who seek to profit from the criminal slaughter of wildlife.

“Throughout his career with the Coldstream Guards, Guardsman Talbot served with great courage and professionalism, and our thoughts and prayers are with his family and loved ones at this terrible time.”