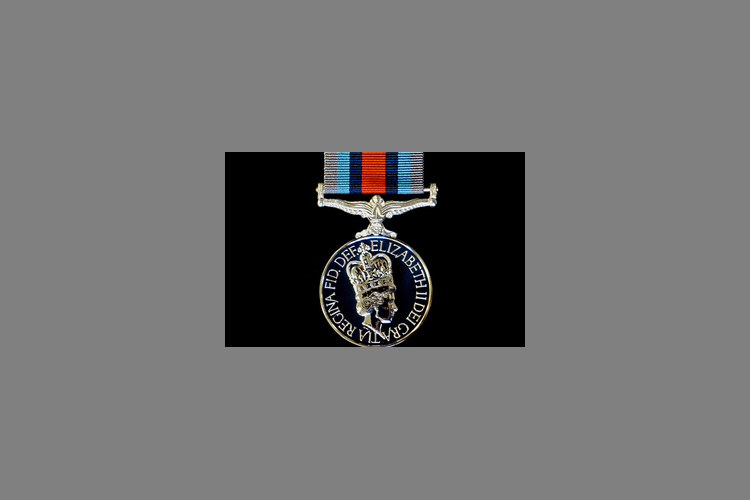 UK Defence Secretary Gavin Williamson has announced details of the eligible personnel who will receive a new medal to mark the campaign to defeat Daesh in Iraq and Syria.

News Release, 15 February 2019: Under new rules, personnel from all three services serving from outside the traditional area of operations, such as operators of RAF Reaper remotely piloted aerial systems, will receive the Operation SHADER Medal Without Clasp. The announcement comes as Mr Williamson attends a meeting of defence ministers in Munich from nations within the Global Coalition against Daesh. Daesh is currently struggling to hold its last pocket of territory in eastern Syria, as the UK and its coalition partners continue to support the Syrian Democratic Forces on the ground.

The award of the medal reflects the changing nature of modern conflict and recognises the vital contribution that personnel working from outside the operational area of Iraq and Syria have made to the campaign. The personnel to be awarded the Op SHADER medal without clasp include RAF Reaper crews, based at RAF Waddington in Lincolnshire and Creech Air Force Base in Nevada, US. This is the first time that Remotely Piloted Aircraft Systems crews have received formal medallic recognition. Ground crew serving at RAF Akrotiri in Cyprus, where UK airstrikes over Iraq and Syria are launched from are also eligible, as well as Army and Navy personnel providing logistic and communications support.

The changing character of warfare means that personnel based outside an area of military operations increasingly play a vital role in allowing the UK to be successful militarily overseas. For example, ground crew based at RAF Akrotiri play a key role in ensuring that RAF Tornado and Typhoon fast-jets are able to conduct air strikes over Iraq and Syria, through their maintenance, engineering and weapons technician skills. Last year Her Majesty The Queen approved the extension of the eligibility criteria for the medal to new groups of personnel.

The Op SHADER medal is the first operational service medal to be created since 2003 and has its own distinct ribbon; it is fitting recognition of those who have contributed to the fight against Daesh. Operation SHADER is the name of the UK’s military contribution to the campaign to defeat Daesh in Iraq and Syria.

Defence Secretary Gavin Williamson said: “Our Armed Forces can be extremely proud of the campaign against Daesh.

“The expanded medal criteria means that those personnel who have played a vital role in defeating Daesh but have been based outside the conventional area of operations will receive the recognition they deserve.

“This new medal reflects the changing character of warfare. I am very pleased that personnel who previously would not have received an operational medal, will now do so.”

Alongside this milestone, RAF Akrotiri recently saw the last of the operational Tornado fighter jets fly home for the final time as they approach retirement after 40 years of service. Despite recent success over the last year, the operation continues and fast jets continue to fly out of RAF Akrotiri and remotely-piloted Reaper aircraft continue to provide support to the Syrian Democratic Forces on the ground who are clearing the last remaining pockets of Daesh terrorists in Eastern Syria.

Since 2014 the UK Armed Forces have taken a leading role in the counter-Daesh Global Coalition. The RAF has so far conducted airstrikes against Daesh terrorist targets and units from across the Armed Forces have helped train over 77,000 Iraqi Security Forces in infantry skills, counter-IED, engineering, and medical expertise. As a result, their capacity to defeat Daesh has increased considerably, contributing to the success of this campaign.

Currently around 1,400 personnel still play an important role in the Global Coalition’s counter-Daesh operations in the wider region. Featured, Medal, Operation SHADER, SHADER
You may also like