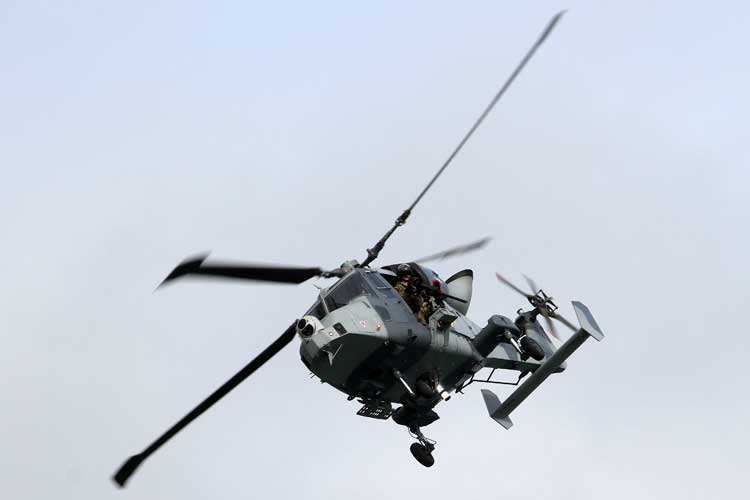 Wildcat and Apache helicopters will be deployed to Estonia this year, Defence Secretary Gavin Williamson today announced at a meeting of NATO Defence Ministers in Brussels.

News Release, 13 February 2019: The Army aircraft will provide aviation training opportunities to NATO allies on Estonia’s annual Exercise SPRING STORM as well as to the UK-led battlegroup on NATO enhanced Forward Presence. The helicopter deployment will boost our contingent to around 1,000 personnel in the Baltics, making the UK the largest contributor to NATO’s Enhanced Forward Presence – further reinforcing the Alliance’s deterrence and defence posture.

At NATO HQ, the Defence Secretary underlined the UK’s support for the USA’s position on the INF Treaty following repeated violations by Russia – a stance shared by Allies. The Defence Secretary Gavin Williamson said: “Whenever the call comes from NATO, the UK has always been ready to reach into its full spectrum of capabilities and offer its support.

“That’s why we’re bolstering training in Estonia by deploying some of the world’s most advanced helicopters to the country.”

Mr Williamson discussed a range of issues with counterparts – noting the continued progress being made by allies on defence spending and encouraging others to follow the example set out by the UK. He also took the opportunity to welcome Macedonia as the latest member of the Alliance, recognising their accession as a positive for the Western Balkans region and for Euro-Atlantic security. Belgium’s contribution to the UK-led enhanced Forward Presence battlegroup in Estonia this year was similarly welcomed by the Defence Secretary.

With the meeting marking the first gathering of Defence ministers in NATO’s 70th year, Mr Williamson also looked ahead to future events marking the anniversary of the world’s most successful alliance – including the UK having been invited to host a meeting of leaders in December.