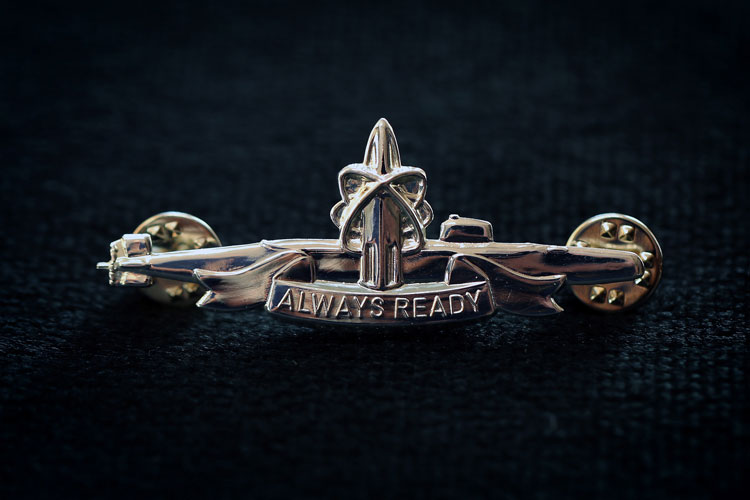 CASD50 events across the UK will celebrate the 50 years of dedication of submariners on the longest operation ever carried out by Britain’s armed forces.

RN News Release, embargoed 00:01,18 January 2019: No mission has been longer – or more important – than the nuclear deterrent patrols performed around the clock by the Royal Navy over the past half century. Since April 1969 there has always been one submarine from Clyde Naval Base carrying out Operation RELENTLESS.

To mark that commitment – and success – high-profile public events, including services of thanksgiving in London and Edinburgh, a parade through the home of the deterrent force on the Clyde and a new commemorative award for crew are all lined up. Political, industry and naval leaders are determined 2019 also recognises the expertise, innovation and skill of the thousands of people who have designed, built and supported the deterrence force on more than 350 patrols since the late 1960s. Today’s generation of Trident-missile-carrying submarines are the size of small aircraft carrier and more complex to build than the Space Shuttle.

“For half a century our nuclear submarines have patrolled waters around the world, deterring threats and providing the ultimate guarantee of our security,” said Defence Secretary Gavin Williamson.
“Operation RELENTLESS is truly a national endeavour, from the families and friends who have supported our submariners for the past 50 years, to the thousands of British workers who continue to ensure our boats are among the best in the world.
“As we to look to the future, it is important we acknowledge the incredible commitment thousands of men and women have made in the past and continue to make, 24 hours a day, seven days a week.”

Britain’s senior sailor First Sea Lord Admiral Sir Philip Jones launched the year of commemoration by presenting new ‘badges of honour’ to veterans of patrols on a visit to HMS Vengeance – one of the four Vanguard-class submarines needed to provide the continuous at-sea deterrence. Up to now, submariners who complete a single patrol have been awarded a pewter pin and those achieving 20 or more patrols presented with a gold deterrent pin. The new silver award bridges the gap between the two, being awarded after ten patrols. On patrol, the crew of over 160 are cut off from the rest of the world except for short messages of 120 words which can be sent by families each week that their loved ones are away – with no opportunity for submariners to communicate back.

“Delivery of our nation’s strategic nuclear deterrent is the first duty of the Royal Navy – and Defence as a whole; the importance of this operation and the incredible feat of engineering and logistics that underpins this enormously complex capability, 24 hours a day, 365 days a year, cannot be underestimated,” Admiral Jones said.

“The Continuous At-Sea Deterrence is the longest sustained military operation ever undertaken by the UK and this 50th anniversary year presents a valuable opportunity to recognise and thank those from the Naval Service and their families, the wider Ministry of Defence and our many industrial partners who have contributed to this vital national endeavour.”

He continued: “As we begin our commemoration of this remarkable milestone, it’s fitting that we recognise the extraordinary dedication and professionalism demonstrated by our submariners, through the introduction of a new silver deterrent pin, which signifies completion of at least ten deterrent patrols.

“Their service at sea in our Vanguard class nuclear submarines lies at the heart of this mission’s continued success and I’m pleased to be presenting the first six of these new silver deterrent pins today.”

Six submariners received the new silver pin from Admiral Jones, including Coxswain Daryn Mathieson. He joined the Submarine Service in 1992 and has completed 18 deterrent patrols – the equivalent of nearly five years submerged – said: “It means a lot to receive my silver deterrent pin on the 50th anniversary of deterrence patrols. 50 years is a real achievement and I’m proud to have played even a small part.

“I’ve served on board Resolution-class and Vanguard-class boats – HMS Resolution was my first submarine after qualifying, although unfortunately I missed her final patrol.

“Both my father and grandfather were in the Royal Navy. Before I even left school I knew that I wanted to be a submarine sonar operator and that is what I aimed for.”

The first submarine to carry the nuclear deterrent was HMS Resolution which left Clyde on her maiden patrol in June 1968. Continuous patrols began in April 1969 as the remaining R-boats – Repulse, Renown and Revenge – entered service, each armed with Polaris nuclear missiles. The four conducted 229 deterrence patrols until they were retired in the 1990s as the much larger V-boats – HMS Vanguard, Victorious, Vigilant and Vengeance – replaced them. As they approach the end of their lives, work has begun on the third generation of deterrent submarines, the Dreadnought class which will also equipped with Trident missiles. Built by BAE Systems at its state-of-the-art facility in Barrow-in-Furness, the new boats will enter service in the early 2030s – taking the continuous at sea deterrence up to its 100 anniversary, ensuring the safety and security of generations to come.