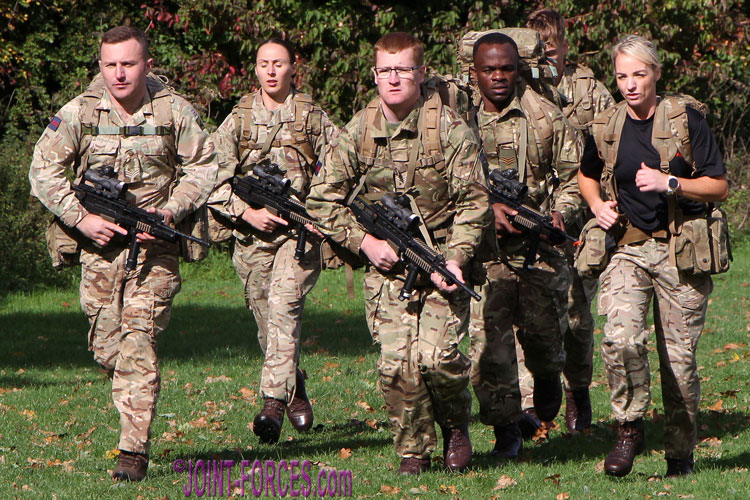 News in brief: The new physical standards were introduced by Field Army Sergeant Major Gavin Paton who provided context and details of the existing system and explained why the British Army is making changes. The Physical Training Corps Master at Arms, who is the senior fitness instructor for the Army along with other Physical Training Instructors and soldiers, men and women, from the Scots Guards and the Royal Army Medical Corps wearing combat uniform then demonstrated the new tests.

We will bring readers more details of precisely what the new ‘gender-neutral’ battle fitness test involves once we have processed everything we saw and heard today at what turned out to be a very interesting and informative facility. Footnote: This PES is intended for soldiers in the Close Combat Role – i.e. predominantly the Infantry – and is just one of three fitness test standards being introduced over the next 12-15 months.
Share