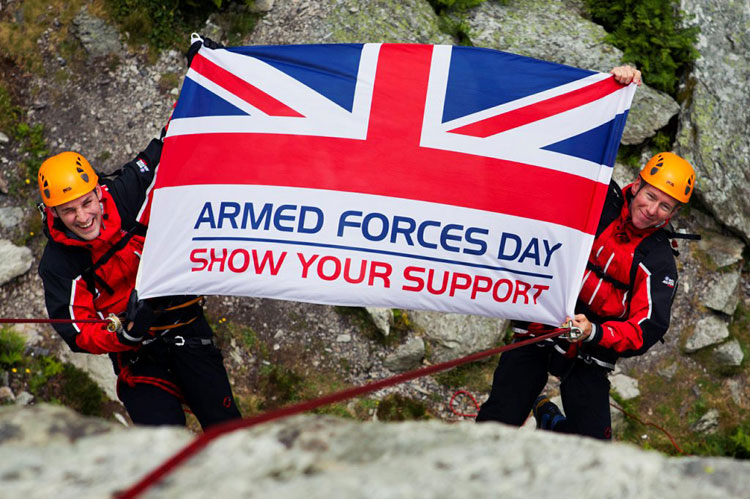 UK MoD has just announced: To mark the milestone, uniformed personnel from the Royal Navy, Army, and Royal Air Force, as well as a number of staff at attractions from across the County of Conwy have shown their support to the event by displaying the Armed Forces Day flag.

The official communiqué states: Excitement is brewing throughout the region for the event on the 30 June, with so many people wanting to show their support and say thank you to our serving personnel, veterans, cadets and their families for all the work they do to keep us safe at home and abroad.

On the 30 June, a parade of around 1,000 serving personnel, veterans, cadets and marching bands will step off from the Llandudno War Memorial at 11am to signal the start of the Armed Forces Day celebrations. The parade, which promises to be an impressive display of both sound and colour, will then march down the road adjacent to the promenade, culminating in a salute to a number of special guests and dignitaries outside Venue Cymru.

Serving personnel, veterans, families, friends and visitors will then have the chance to interact with exhibitions and activities along Llandudno Promenade and Bodafon Fields including static aircraft, armoured vehicles and a diving tank (all assets are subject to operational requirement).

A fantastic opportunity for the public to get up close to military assets. A full programme including an event site map will be released nearer the time. A special thanks goes to the support of Welsh Government, our charity partners SSAFA, and the Royal British Legion for working with Conwy County Borough Council to make this event possible.

Secretary of State for Wales Alun Cairns said: “Armed Forces Day is a chance for communities across Wales to say thank you to our service personnel, veterans and their families for their service, commitment and courage. And in 100 days’ time, all eyes will fall on Llandudno as host to the main nationwide celebration. I will be proud and privileged to be a part of these celebrations, joining thousands of people in expressing our gratitude to the men and women who do so much to preserve our freedom.”

First Minister Carwyn Jones said: “I am delighted Wales has been chosen to host National Armed Forces Day this year, and look forward to joining friends at events in Llandudno in 100 days to formally thank our service men and women. We have a proud military history in Wales, and I also wish to pay tribute to the families of our Armed Forces personnel this year for the sacrifices they have made to support those who so selflessly chose to serve their country.”

Cllr Liz Roberts, Armed Forces Champion, Conwy County Borough Council said: “Hosting Armed Forces Day is a huge coup for Llandudno, and despite still being 100 days away, an incredible amount of work has already been undertaken behind the scenes to highlight how our seaside town is the right environment for this event and make the forces community proud.On Saturday 30 June, Llandudno will become the focal point for the UK as together we acknowledge the hard work and dedication of serving personnel and veterans. It’s important to mark the 100-day milestone and showcase the support we have within the County of Conwy, across North Wales, and from the Armed Forces towards this fantastic event.”

Colonel Lance Patterson, Deputy Commander 160th Infantry Brigade and Headquarters Wales, said: “Armed Forces Day 2018 promises to be an important and fine occasion, not just for Llandudno but for the whole of Wales and the rest of the UK. 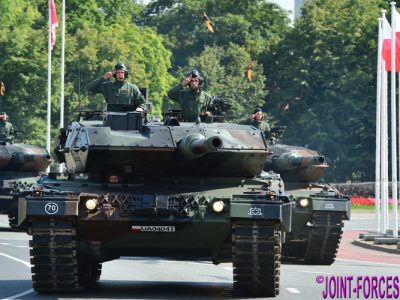