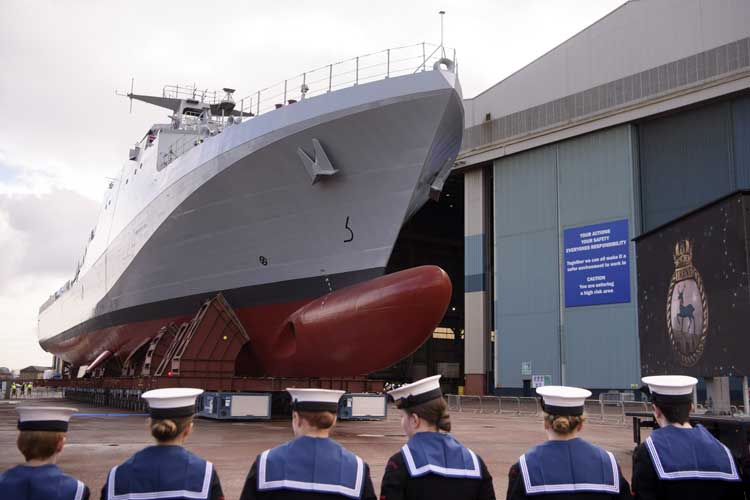 Glasgow, 13th March. TRENT, the third of five Batch 2 River-Class Offshore Patrol Vessels, was officially named today during a ceremony at BAE Systems site at Govan, Glasgow, as final preparations were made before she enters the water for the first time in the coming days.

Mrs Pamela Potts, TRENT’s sponsor and wife of Vice Admiral Duncan Potts, named the vessel which will aid in a range of operations including counter-terrorism and anti-smuggling to secure the UK’s borders. On 22nd February sister vessel HMS Mersey, one of the original Batch 1 fleet ordered in 2001, along with a Wildcat helicopter from RNAS Yeovilton, were dispatched to follow the progress of three Russian warships/vessels as they made their way up the English Channel.