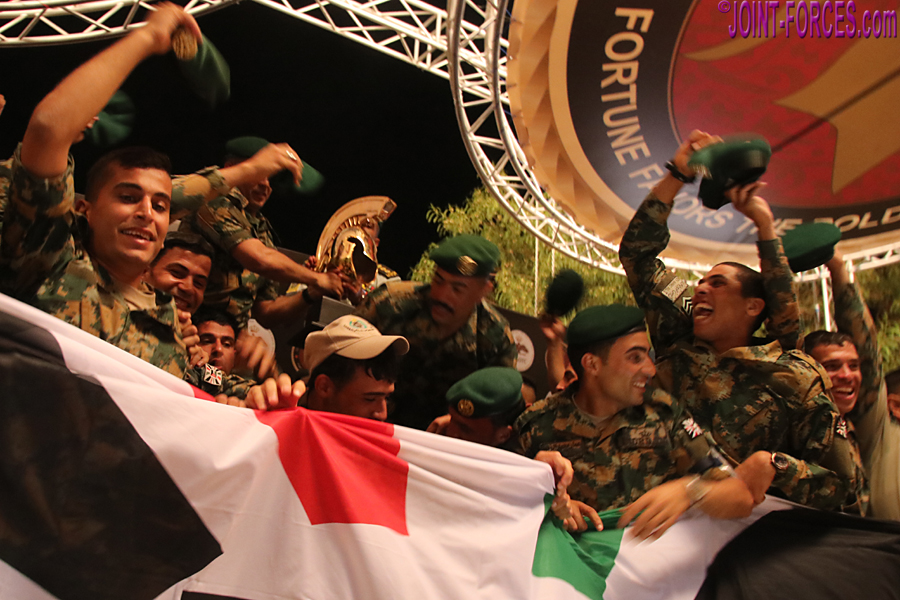 The 12th Annual Warrior Competition concluded at KASOTC in Jordan on Thursday evening with a formal awards ceremony held at The Dunes Club, reports Bob Morrison.

After five punishing days of competition, concluding with the top ten teams out of forty at the end of Day Four participating in THE KING’S CHALLENGE marathon event, the Jordanian Royal Guard Team 2 were declared this year’s worthy overall winners.

The Sultanate of Oman’s Police Unit were Runners-Up.