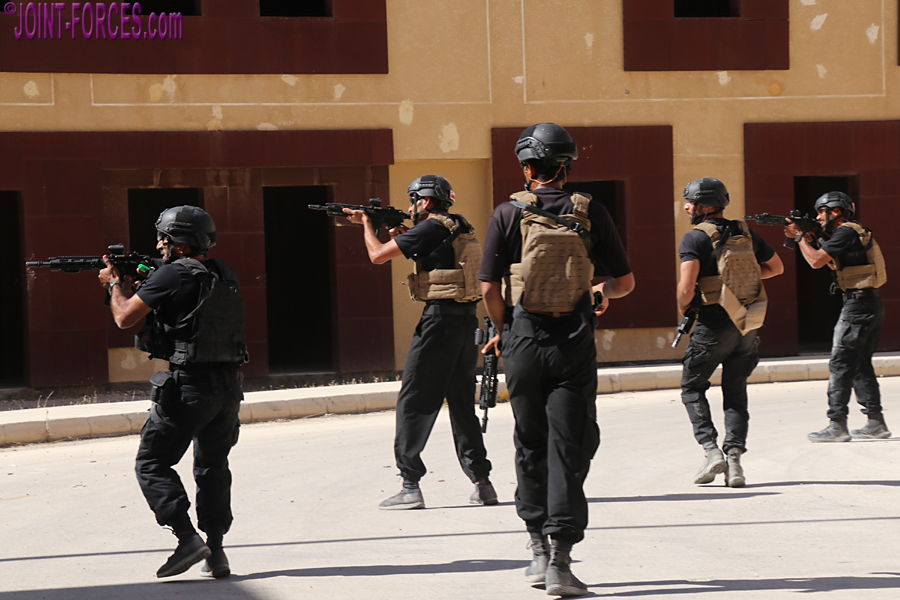 Targets left! A team reacts with live rounds to 'hostiles' as they patrol through the combat town on the URBAN ASSAULT event [© Bob Morrison]

The sun has now set on Day Four of the 12th Annual Warrior Competition at KASOTC in Jordan and the top teams are readying for THE KING’S CHALLENGE.

Only the top ten teams on the leaderboard tonight will participate in THE KING’S CHALLENGE tomorrow, in an event which will see them navigate their way around most of the extensive KASOTC (King Abdullah II Special Operations Center) facility, carrying out set SpecOps tasks and taking down a wide variety of targets out on the firing ranges. Understandable safety restrictions out on the course will prevent us covering much of the Challenge itself, but as on behalf of JOINT-FORCES I have been granted exceptional access to cover all individual events to date I’m certainly not complaining.

Today’s two events were URBAN ASSAULT, held mostly in the extensive urban combat area, and THE FULL MONTE, both on and close to the Commando Tower. Once again the 40 teams were split into two groups to tackle one event in the morning and the other after lunch. I spent much of my time on the URBAN ASSAULT to try to ensure I had photographed as many teams as possible on the penultimate day, but I rounded off by snapping a handful of teams as they tackled THE FULL MONTE. I plan to pen more detail once back at base after concluding my next assignment.