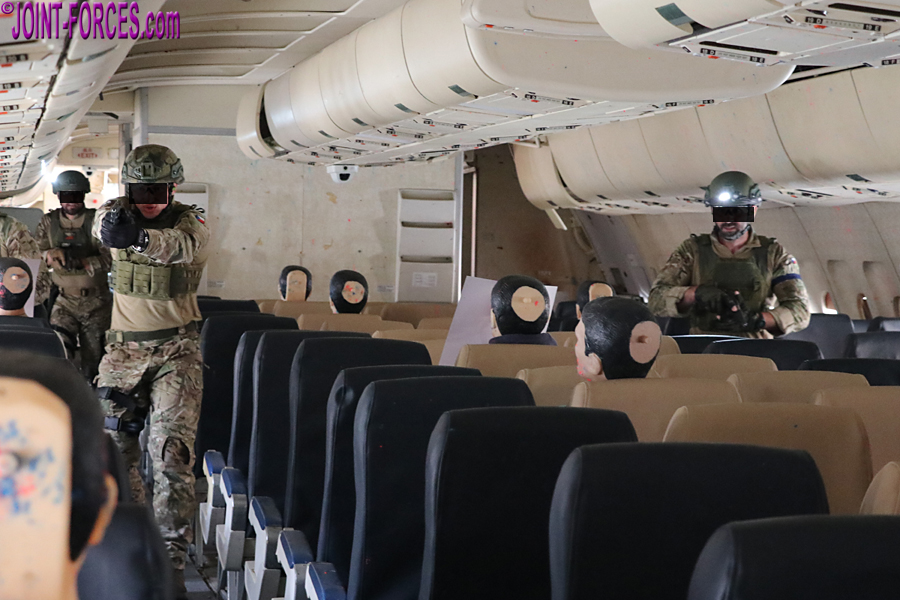 The 40 participating teams have now completed Day 3 of the 12th AWC (Annual Warrior Competition) at KASOTC and early results have been released, reports Bob Morrison.

As previously reported, Day One (Sunday) saw the Top Shot competition where a chosen member from each team shot it out back-to-back on the 30-metre ranges with the winner of each pair repeating against another winner time after time until at the end of the day just two shooters were left. When the final results were posted The Hashemite Kingdom of Jordan QRF took First Place, The Sultanate of Oman Police Unit came Second, and The Hashemite Kingdom of Jordan Royal Guards Team 1 came Third.

On Monday afternoon the teams shot it out in the F300 4 LOMAH Relay event on the 300m ranges and this time The State of Qatar Special Forces Team 1 achieved First with The Republic of Indonesia SFS Det 88 Team 1 close behind in Second Place and The State of Qatar Special Forces Team 2 coming Third. By the end of the day Oman topped the leaderboard on aggregate score with Jordan’s QRF and Royal Guard snapping at their heels.

Today ( Day Three ~ Tuesday) saw the teams split into two groups to either tackle ASYLUM, inside the Airbus and then inside the CQB building, or SNIPER EXTREME out on the sniper ranges, which have been extended and heavily reworked during the COVID lull in competitive events. After lunch the two groups swapped around. I was allowed to be inside the Airbus while some of the teams cleared it, using Simmunition marker rounds, and in the afternoon I headed our to the ranges. Reports on these two events will need to wait until I am back at base, after my next assignment, as I really need to levitate some zeds tonight once I have cleared a load of website admin.

Tomorrow (Day Four) THE FULL MONTE and URBAN ASSAULT events kick off at 07:00 and in the evening I will try my best to bring you the 12th AWC Day Three standings.