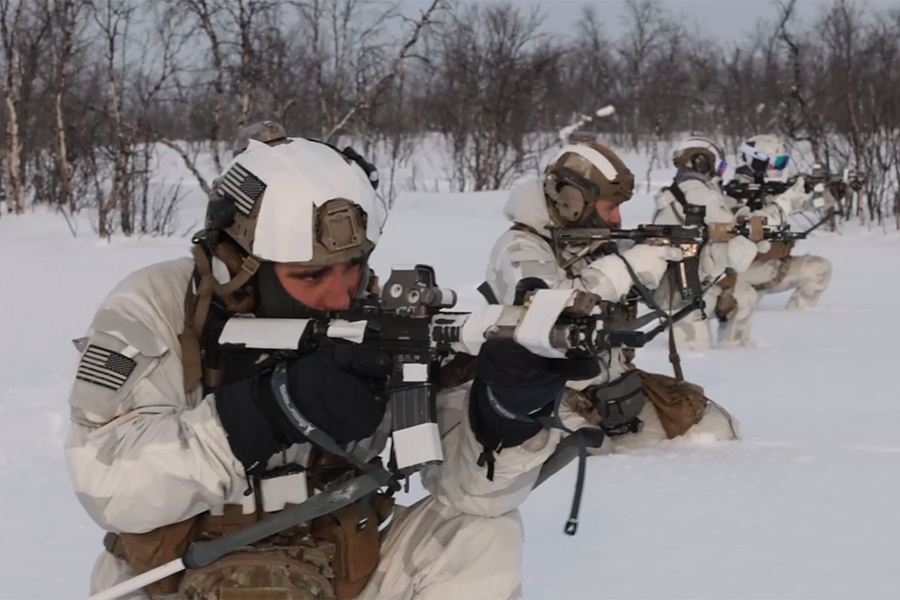 US Army Special Forces recently participated in a winter warfare course hosted by the Swedish Subarctic Warfare Centre prior to COLD RESPONSE 2022.

The US Army Special Forces recently participated in a winter warfare course hosted by the Swedish Subarctic Warfare Centre. Held in northern Sweden, the course introduced the Special Forces to the specific hardships of military operations in the European High North. The soldiers, who are assigned to 10th Special Forces Group, learned how to move, fight and be self-sufficient in an unforgiving environment. They will put those skills to the test during COLD RESPONSE 2022, a Norwegian-led exercise slated for March.

The US Army Special Forces – commonly referred to as Green Berets – are the United States’ premier unconventional warfare fighting force, focused specifically on working by, with and through partner forces using language skills and cultural savvy.