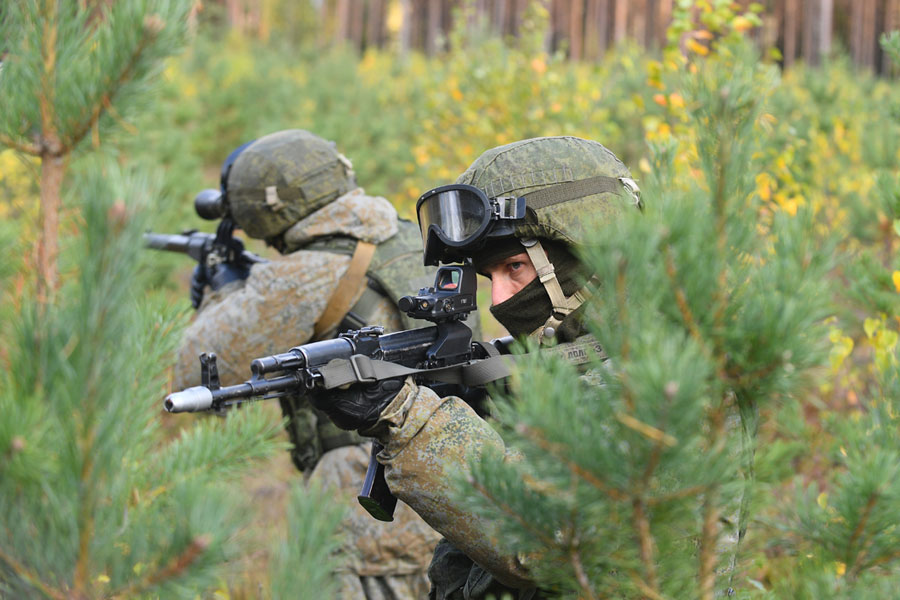 October 24 is the Day of Special Forces of the Armed Forces of the Russian Federation – this official release explains their 70-year history.

Moscow, 24 October 2020: Over the past decades, the Special Forces have come a long way, which has been marked by many significant milestones and successful deeds.

Officially, the history of Spetsnaz begins in 1950, with the beginning of the formation of separate Special-Purpose companies. However, the decision to create Special Forces did not come out of nothing. Military units, similar to modern Special-Purpose units, began to be created when an objective need arose to conduct reconnaissance and sabotage operations behind enemy’s rear. But in different periods of Russian military history, the solution to this problem was approached in different ways.

During the Great Patriotic War, military reconnaissance agencies of the fronts created a significant number of special military units to conduct reconnaissance and sabotage operations behind the enemy’s rear. Many of them were called ‘Special Purposes’. With the end of the Great Patriotic War, all military units and formations of special purposes created for operations behind enemy’s rear were disbanded. But, by the end of the 1940s, due to the change in the military-political situation in the world and the appearance of nuclear weapons, the tasks facing the Soviet military intelligence acquired a qualitatively new sound. The experience of the recently ended war suggested that it was impossible to solve them without specially designed military units.

In October 1950, the 2nd Main Directorate of the General Staff prepared a justification for the need to create Special-Purpose units in the Armed Forces. By the Decree of the Minister of Defence of the USSR, Marshal of the Soviet Union A.M. Vasilevsky. On October 24, 1950, 46 separate Special-Purpose companies were created.

The creation of the first SPETSNAZ companies (this was the abbreviated designation adopted in the 50-60s of the last century) took place in a planned manner. Reconnaissance officers who had extensive service practice and rich combat experience were involved in the training. Initially, the leadership of the preparation of the SPETSNAZ companies was assigned to the 2nd Main Directorate of the General Staff. In the process of forming the companies, special attention was paid to the selection of their command staff. Preference was given to officers with combat experience.

By May 1, 1951, the SPETSNAZ companies were formed. To fulfil the assigned tasks, they had small arms, mine explosives. The tasks for the scouts were often set personally by the commanders of the districts and armies. Since the creation of the SPETSNAZ companies, the command has paid special attention to them. The most modern weapons and equipment were used for them.

Combat training of the companies was carried out according to the program developed by the 2nd Main Directorate of the General Staff. It guessed the experience of partisans and scouts during the Great Patriotic War. The efficiency of the measures taken and the experience accumulated during the years of the Great Patriotic War in the preparation of reconnaissance and sabotage units allowed the military intelligence agencies in the early 1950s to successfully complete the task of creating companies and lay the organizational foundations of the future Special Forces.

In 1953, the creation of Special-Purpose military units in the fleets began. Based on combat experience, it was proposed to create special units of reconnaissance divers in the fleets. In 1957, Special-Purpose battalions were created at the expense of the number of SPETSNAZ companies. In the 1960s, Special-Purpose brigades were formed and serious changes took place in the structure of the Special Forces of the USSR Armed Forces.

The Cold War did not leave the Special Forces without combat work. Since the 1960s, Special Forces have participated in hostilities in various regions of the world as advisers and instructors. In the 1970s-1980s, reconnaissance divers’ units carried out combat service outside the country – in Angola, Mozambique, Ethiopia, Nicaragua, Cuba, and Vietnam. In the late 1970s, the Special Forces of the USSR Armed Forces began their combat path in Afghanistan.

During the period of military activity as part of the Limited contingent of Soviet troops in Afghanistan, Special-Purpose units and military units completed more than 3,000 combat missions. Most of them were aimed at curbing the supply of weapons and ammunition to Afghanistan from the territory of neighbouring countries. In 1986, military reconnaissance was tasked with obtaining a sample of the newest American portable anti-aircraft missile system ‘Stinger’ and Special Forces carried out it, capturing the MANPADS and documentation for it on January 5, 1987.

Since the mid-1990s, on the initiative of veteran organizations in Special-Purpose units, the anniversary of the creation of Special Forces has been celebrated annually on October 24. This date united both veterans and military personnel of all categories and ages, and became the basis for the preservation of military traditions and military-patriotic education of youth.

In 2000, on the eve of the 50th anniversary of the decision to create a SPETSNAZ companies, the leadership of military reconnaissance, with the support of the Council of Veterans of Military Reconnaissance, veteran organizations ‘ROSA’ and ‘SPETSNAZ-AS’, proposed establishing a Special Forces Day. The proposal was supported by the Minister of Defence and, according to his order of July 26, 2000, the Day of the Special Forces of the Armed Forces was officially established, which is celebrated annually on October 24. Spetsnaz was created on the basis of the experience of the Great Patriotic War. On the examples of wartime reconnaissance officers, more than one generation of Special Forces was raised.

The names did not disappear from the memory of those who honourably fulfilled their military duty and did not return from a combat mission. At present, obelisks to those killed in various armed conflicts have been opened in all Special Forces formations.

Over the past 70 years, Special Forces have repeatedly carried out important government assignments, behind them decades of hostilities in Afghanistan, the North Caucasus and participation in peacekeeping operations outside the country. At the same time, always and everywhere the Special Forces performed the assigned tasks with honour. This gives the Special Forces special significance and is given special attention by the leadership of the Armed Forces.