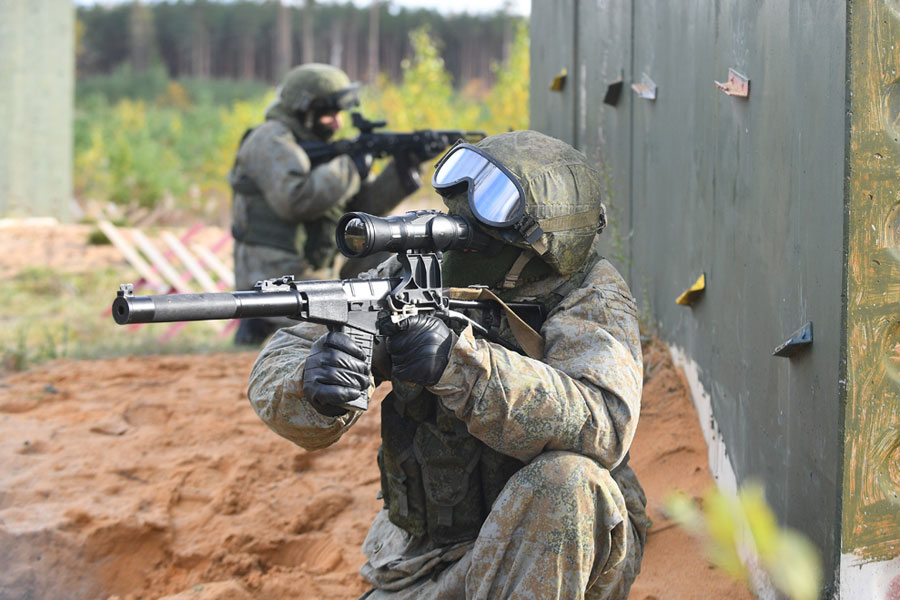 On the eve of the 70th Anniversary of Russian Special Forces a unit stationed in the Pskov region conducted a complex tactical training session.

Press Release, 23 October 2020: [auto-translation] In the Pskov region, Special Forces units of the Western Military District, on the eve of the professional holiday, conducted a comprehensive practical lesson

During the session, the servicemen worked out the procedure for carrying out special events in urban conditions, as well as in areas with different relief and landscape. At various training points, exercises were performed to penetrate the building using climbing equipment, overcome natural and artificial obstacles both individually and as part of a group, worked out standards for the manufacture and installation of charges, provided medical assistance to the wounded and evacuated them from the battlefield.

Snipers conducted a kind of sniper duel, when each of the two shooters is assigned a section of terrain on which he must, in a short time, establish his position and firing sector. None of the shooters is observing the actions of the ‘enemy’ at this stage. At the signal of the leader of the session, the obstacle covering one sniper from another is removed and the duel begins. The winner is the one who discovers the opponent’s position earlier.

The Day of Special Forces and formations is celebrated in the Armed Forces of Russia on October 24. It was on this day, October 24, 1950, that Marshal of the Soviet Union Alexander Vasilevsky signed a directive on the creation of Special Forces.