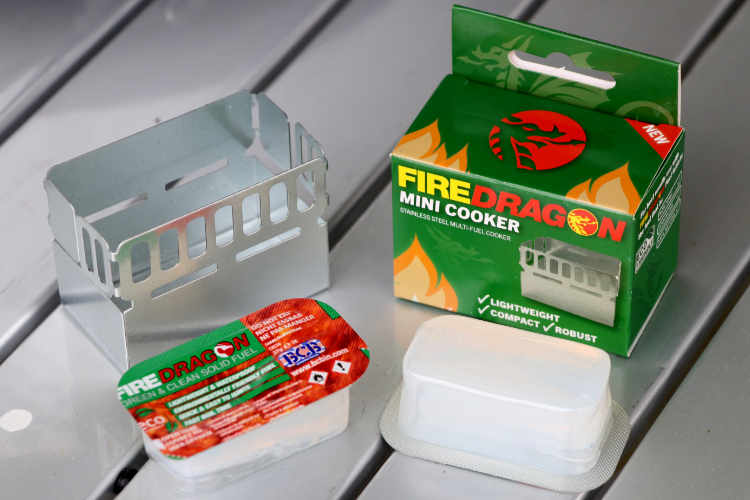 There were plenty of new products on display in Manchester on Tuesday at the 2019 Outdoor Trade Show and we picked up a few for future review, writes Bob Morrison.

As mentioned on Monday, our friends at Task Force Distribution had examples of several new LOWA boots on their stand and I was pleased as Punch when Scott and Andrea presented me with a pair of the latest INNOX PRO GTX MID TF boots in my size. Watch out for a full review in due course.

The BCB International stand also had new lines on display, including the very neat Fire Dragon Mini Cooker which was designed for a specific military requirement for a single meal heater. I have proffed one of these and will run my own field test at the first opportunity once back in Devon. The example featured at the top of this page is pre-folded and will shortly be available from UK outlets complete with Fire Dragon fuel tablets (two pods sit neatly inside one cooker) but it is envisaged that it could be issued flat inside MRE-type ration packs as it takes just seconds to fold it into a handy cooker.

Finally, for the moment, we were briefed by the Australian inventor on the fascinating HYDRACELL range of water-activated fuel cells and associated torches and emergency / back-up lighting solutions which are now becoming commercially available. Ideal for natural, and for that matter man-made, disaster or crisis situations when power fails these fuel cells have a virtually indefinite shelf life and only start generating electricity when deliberately exposed to a small amount of water and the air around us. Fascinating.