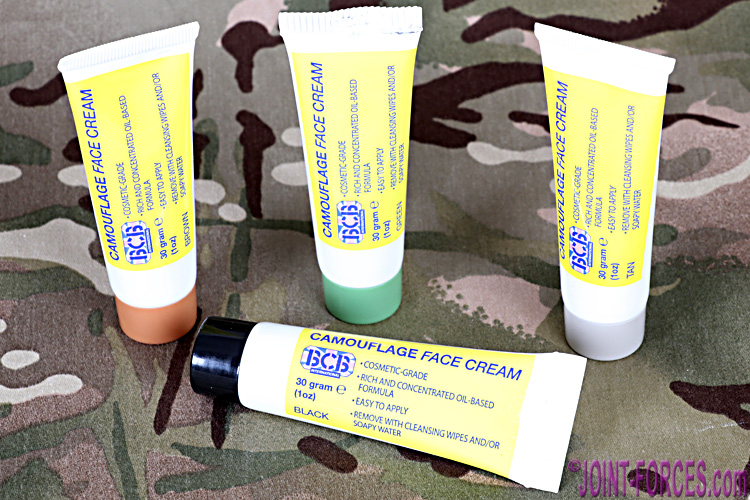 Many readers will be aware that BCB makes FireDragon fuel and Camo Cream compacts but may not be familiar with their new camouflage face cream tubes, writes Bob Morrison.

We first learned of this revolutionary new product from the Welsh manufacturer when covering IDEX 2019 out in Abu Dhabi last month and when visiting their new Cardiff factory (their third manufacturing facility in Wales) a couple of weeks back we were shown their new camo cream production facility.

Discussing how this product came about with the CEO of BCB International, our old friend Andrew Howell, we were informed that it came about as a direct result of a tender request from the Canadian Department of National Defence (DoND) for a tube-based face cream solution more suitable for application in northern (Arctic) regions than camo sticks or the standard tablets used in many NATO camouflage cream compacts. As BCB actually manufacture their own creams, rather than buying them in, their boffins were able to experiment until they found the perfect solution for the DoND and the company was subsequently awarded the Canadian contract.

Now available in four colours – Tan, Green, Brown & Black – through specialist military kit shops, this cosmetic grade, oil-based cream comes in easily stowable 30g (1oz) tubes and can be removed just as easily as stick or tablet camo paint using cleansing wipes or soapy water. Of course one does not get a make-up mirror with the tubes, but as most military users will be issued with a camo cream compact this should not be a problem and carrying a couple of tubes to complement the issue colours will add variety to help the soldier better blend in with their surroundings.

For more on BCB camo cream solutions click on this link.