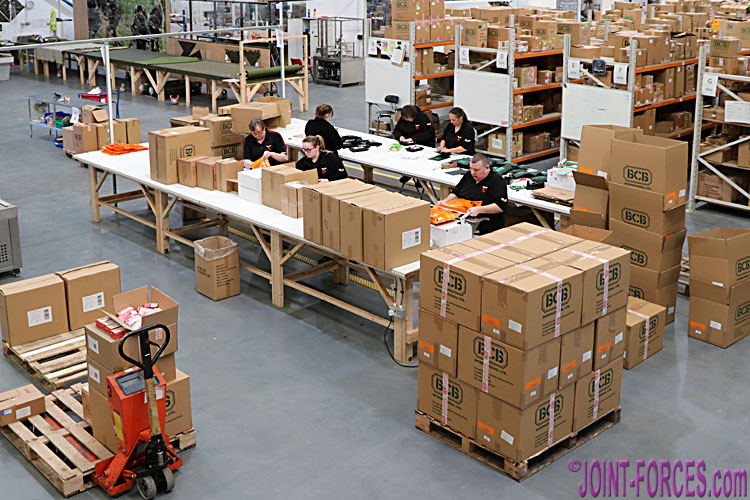 When we were covering IDEX 2019 in Abu Dhabi in February the CEO of Cardiff-based BCB International invited us to visit their new factory, writes Bob Morrison.

My relationship with the Welsh supplier goes back well over two decades, but in the history of this long-established UK MoD and NATO supplier that period is but a blink of an eye. Way back in 1854, when the Crimean War was underway and Florence Nightingale was heading out to Istanbul with her team of volunteer nurses, Dr. Brown’s Cough Bottle elixir was already being supplied to British troops at Balaklava. In 1914, at the start of World War One, BCB was formally registered as a company and in 1979 BCB International was created.

Many readers will be aware of BCB International – their Mission Statement is Saving and Protecting Lives in Hostile Environments – through maybe their NATO issue survival kits or their NATO issue camouflage cream or their FireDragon military cooker fuel or even their Bushcraft range of commercial outdoor accessories, but even that just scratches the surface. An approved UK MoD supplier for over 60 years and a UN supplier for 30 years, their product range is as diverse as field furniture to camouflage nets to floating body armour to boat-stopping systems for harbour defence.

When I first visited the company many years ago the design, manufacture and packing sides all ran from the one large factory complex in Cardiff but once FireDragon cooking fuel went into bulk production for the UK MoD and other military customers BCB had to open a separate factory in Llanelli to meet demand. Even that was not enough to house all the company’s Military, Marine, Medical, Outdoor Kit and Humanitarian Assistance activities and so last year they opened a third factory and warehouse complex, covering over 50,000 square feet on a 2.65 acre plot, on the east side of Cardiff.

Over 50% of the company’s sales are to the UK MoD, but about one sixth of their overall business is with European military and police clients and they are strong in both North and South America as well. BCB works in close cooperation with Welsh and English universities and over the last few years it has invested over £1million in Research & Development to keep at the top of its game. FireDragon fuel is currently its leading high volume patented product but the company has patents Granted or Pending in nine separate sectors, ranging from a Dynamic Load Carriage System Yoke through to UAV Sense & Avoid Systems.

We have reviewed quite a few BCB products over the last year, but have really only scratched at the surface so expect to see plenty more over the next few months. Next to come should be some of their new 2019 range of civilian Pouch Kits, each of which comes in a handy zipped waterproof belt pack with grab handle. We have had examples of all seven for the last few weeks and so far the First Aid pouches have travelled a fair distance and one might even be heading to the Pacific Northwest of America quite soon.

For more on BCB International go to BCBIN.com