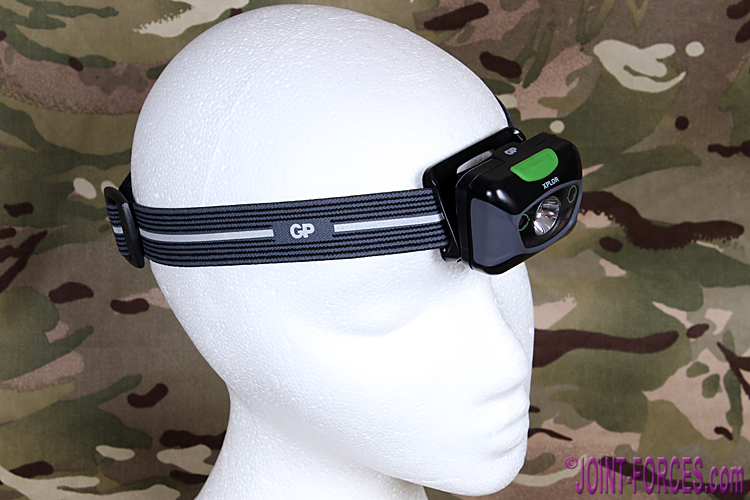 GP Batteries (UK) Ltd, part of the massive Gold Peak Industries Group, which has caught our eye before with its rechargeable batteries and innovative travel power solutions, is now branching out into rechargeable torches, writes Bob Morrison.

Established in 1964 and listed on the Hong Kong Stock Exchange since 1984, Singapore-based GP Batteries has a international reputation for being at the forefront of battery technology and production so it should be no real surprise that they are a leading light (excuse the unintentional pun) in the development of power bank mobile and travel chargers. This latest move into rechargeable torches is simply a logical divergence.

The one downside to the average rechargeable torch or headtorch is that once the built-in battery starts to noticeably degrade after a high number of repeat discharges and the length of time it stays charged drops off markedly, there is usually little one can do except throw it away and buy a new one. Some manufacturers try to get around this on headtorches by providing a back-up standard battery pack at the rear, linked to the lamp with a power lead running round one side of the head, but the GP XPLOR Headlamp gets around this disadvantage, and weight penalty, by using three AAA NiMH rechargeable and replaceable batteries inside the body of the torch.

Recharging the GP XPLOR could not be easier. Just plug it into any mobile phone charger or use the supplied USB lead to draw electrickery from any power bank or other device with a powered USB port. As Aleksandr the Meerkat would say: “Seemples!”

Operation of the XPLOR is equally simple. A soft rubber push button on the top cycles the Cree LED through a High / Medium / Low / Flashing / Off sequence. The unit can hinge downwards through four positions and the mounting plate can be easily slipped off the adjustable elasticated headband. Maximum brightness of the self-dimming (proximity sensor) LED on full charge is 300 lumens and minimum is 5 lumens, maximum beam distance on High is given as 157 metres, and battery time is quoted as between three hours and 42 hours dependent on setting. Weight of the unit (minus headband) is just 110 grammes (under 4oz) and dimensions are just 56x46x34mm. Footnote: When visiting the GP Batteries stand at the Outdoor Trade Show in Manchester in early July we spotted a really neat tactical hand torch that can operate on three different types of battery, using inserts to compensate for size difference, and which will also be easily mountable on a handgun or rifle with Picatinny rail. Unfortunately this torch was so new that there were only three examples in the UK and two of them were earmarked for trials by specialist users, but GP have promised JOINT-FORCES a play with one as soon as some more arrive in the country.
Share