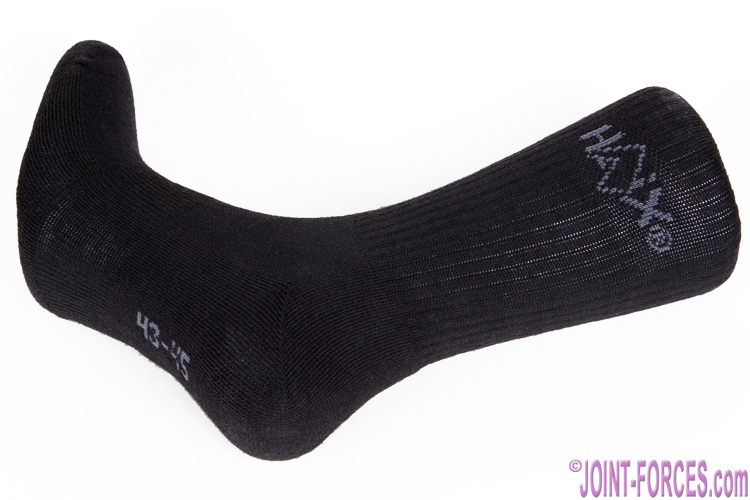 No matter how good your combat boots are, and I say this as a reviewer who has some pairs that fit me better than my gloves, your feet will not like you much unless you also wear decent socks, writes Bob Morrison.

Over the last five or six years, pretty much since the introduction of brown combat boots to replace black by UK MoD, I have tested a wide range of models – both official issue and private purchase – produced by several of the top names in the defence footwear supply chain. Although I have an equally wide range of boot socks at my disposal, including some specialist makes aimed at Arctic and Desert environments and some Merino wool examples which can be worn for extended periods without generating overpowering foot odour, in the main I undertake most of my boot tests in the one standard sock type.

In late 2012 I was given a pair of HAIX Multifunctional Stockings – the company calls them Stockings to differentiate between the shorter model described as the Multifunctional Sock – and I got on so well with these that I told their Sales Team this at the next defence expo we both attended. As a result, HAIX gave me a pack of socks to take away at the end of the show and I have used them as a benchmark sock ever since, picking up a new pair or two when attending subsequent expos.

Other than a minor component tweak for additional comfort, the Multifunctional Stockings currently available from the company’s online shop are virtually identical to the ones I first started wearing five and a half years ago – I know this because I still have several pairs of originals at the bottom of my sock drawer as they still have plenty of stretch and life left in them – and as a general wear boot sock I find them second to none. Woven to give optimal air circulation, with reinforcement in the metatarsal section of the foot to protect against blisters and stop pressure points forming, they are manufactured from a mixture of 40% natural Merino wool, and 60% man-made fibres ( 40% polypropylene, 18% polyamide, 2% elastane).

Available in four sizes from S through to XL (37–39 to 46–48) through the HAIX Online Shop, the Multifunctional Stockings cost £13.90 plus £3.90 p&p (per order, not per pair). Your feet should like you if you wear these… mine seldom complain.