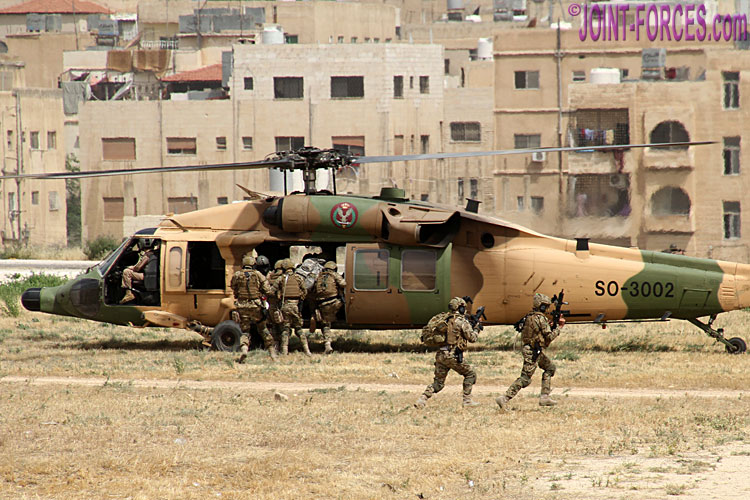 Established as an Affiliate of KADDB, the King Abdullah II Design & Development Bureau, ARM (Arab Ready Meals) first came to my attention at the DSEI expo held in London’s ExCel in September 2011 and I had my first opportunity to talk in depth to senior company representatives, and pick up a couple of retort pouch meals, at SOFEX (Special Operations Expo) in Amman the following May.

Created specifically as a food solution provider for the defence sector, though it would later branch out into the Humanitarian Assistance and mainstream supermarket sector, ARM manufactured both MRE-style quality convenience foods based on the retort pouch concept in the form of both complete single meals and full 24-hour ration packs, as well as providing bulk food catering in military camps. At SOFEX 2012 I was not only fed every day by ARM, who ran the restaurant catering for the media representatives, but I was also able to examine their specialist range of rations aimed primarily, though not exclusively, at the Arab and Muslim market. Already at that time on issue to some Jordanian Armed Forces units, ARM ration packs were also being evaluated by other Near / Middle East military procurement teams looking to introduce MRE-style rations geared specifically to the palates of their troops. Joint founder Brahim Overseas Ventures, an affiliate of Malaysian food specialists Dewina and supplier to the Malaysian Armed Forces, who partnered with KADDB had full Halal-accreditation for its meals in this specific category making them suitable for those who strictly observe Muslim religious eating requirements.

As is the case all over the world, soldiers from Near East and Far East armies have different national or regional tastes, not to mention in many cases specific religious dietary requirements, so the All Day Breakfast or Beef Patty Jalapeño Pepper Jack or Strooganov Kartulitega that your average British or American or Estonian soldier might consider to be an ideal dish at the end of a cold and dreary day of NATO eFP mission training in the Baltic States is unlikely to appeal quite as much to a soldier brought up on rice and Halal goat meat in much warmer climes. Therefore Arab Ready Meals aimed to satisfy the nutritional and acceptability requirements for both Muslim military combat ration consumers and those requiring humanitarian feeding, by providing a diverse range of ethnic menus made to be second to none for both quality and consistency yet Halal-certified.

As some who regularly follow this Rations section of the website may have spotted I have a pretty cosmopolitan palate – my friend Ramilla says my Indian cookery is spicier than her mum’s and my Czech chef friend Jitka knows I will wolf down any traditional Moravian guláš she cooks for me – so when in the Arab world I try to eat local whenever possible and I really enjoy the local fare in Jordan. Indeed I think one of the most memorable meals I have ever tasted was the Chicken & Rice Kabsa I was served in a roadside eatery alongside the Tapline Road MSR in Saudi Arabia in early 1991, even though the experience was interrupted by a Scud alert blackout, so when ARM served up their bulk catering version of Chicken Kabseh at SOFEX 2012 I asked their MD if I could take a couple of sample retort pouches away at the end of the expo to sample them in field conditions.

The two samples I tried back home, on different days as each was very filling, were the 140g Kabseh Rice pouch and the larger 230g Chicken Kabseh main meal pouch, which I ate accompanied by warm nan bread. The rice usually used for traditional Kabseh is long grain Basmati type which is fragrantly spiced with bay leaf, cardamom, cinnamon, cloves, dried lime, nutmeg, pepper and saffron. Both dishes were delicious and the chicken chunks in the main meal pouch were both plentiful and succulent.

Unfortunately regulations in 2012 prevented me taking complete Jordanian ration packs home, but by SOFEX 2014 the brand new 8,500m² ARM production facility at Dhlail had now been up and running for some time and the company was able to give me a civilian packaged sample pack containing a representative selection of the products contained in the single meal cartons issued to Jordanian Armed Forces and for humanitarian missions. The company was now also starting to produce commercial main course retort pouches, bulk supplies went into supermarkets about six months later, which could either be boiled in the bag like military rations or heated in the microwave.

Starting with the microwaveable pouches, to get them out of the way, I heated one for ten minutes in a pan of boiling water as my evening main course and found it to be just as succulent and tasty as the the contents of the green boil-in-the-bag ARM military retort pouches I was now quite familiar with. The next evening I microwaved the other pack (I told you Kabseh is one of my favourites) and also noticed no appreciable difference. These packs, which were full of good quality beef chunks, weighed 250 grammes and provided 530 calories.

An Arab Ready Meals 24-hour combat ration MRE-style bag contains sufficient components and accessories to feed an infantry soldier three solid meals. The meal packs required no cooking, only gentle reheating, and could be eaten cold if necessary. These Halal-certified foods had a two year shelf life, with no special storage needed, and individual dishes were packed in a four-ply reinforced nylon laminated pouches for integrity.

For those unfamiliar with the Arabian food terms, Kabseh or Kabsa is a gently spiced Basmati rice and meat (usually beef but sometimes goat) dish and Freekeh or Farik is a similar dish made with green wheat cereal rather than rice and with chicken rather than beef. These ARM combat rations were produced to similar high standards as their British equivalent and offered pretty much the same calorific and nutritional value meaning a one-for-one swap would not only give variety but won’t leave the consumer short on carbs, protein or vitamins etc.

In the next article I plan to look at the ARM combat rations range as of mid-2016.