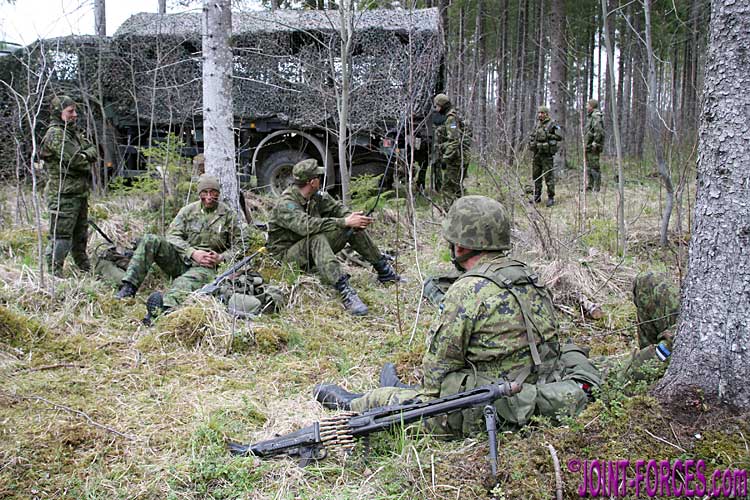 In the Part 3 finale of the Estonian combat rations mini-series I am briefly looking at the Squad Ration Pack usually issued to the Field Kitchen, writes Bob Morrison.

Individual 24-hour and MRE-style single meal ration packs are sometimes the most convenient way of feeding troops in the field when on exercise or deployment, but they are also often the most expensive from both the procurement and distribution aspects.

The most economic method of feeding large numbers of deployed soldiers is the field kitchen, as this not only provides economies of scale but also usually reduces both transportation costs and wastage. In peacetime, and in some instances also on operations, something like the UK 10-man Ration Pack will be supplied to chefs running field kitchens at company level, or even at battalion or higher levels, to ensure troops get substantial meals em performing at optimum level.

In addition to the previously mentioned 24-hour individual combat ration packs, the Estonian Defence Forces or EDF also issue Kaitseväe Jaopakk, or Defence Squad Ration Pack cartons, of which I spotted quite a few when out in the field with troops during KEVADTORM 2017. Weighing around 6.75kg and providing at least 12,500 kcal, each of these cartons has sufficient contents to allow a main meal for up to ten troops to be produced, including: a main course of hearty stew or broth, meat paste and crispbread, a dessert, snacks and accessories.

The mess tin of Beef Broth I was offered in the field by the Estonian Defence League, the all-volunteer citizen militia responsible for close defence of their own communities, came from a Squad Ration Pack and it was delicious. On another occasion during my 2017 trip to NATO’s most easterly Baltic Nations member I encountered a field kitchen catering for an infantry company at a different location and proffed myself another portion of stew for my lunch. This, too, was pretty tasty.