Unused UK Ration Packs To Be Donated To Charity 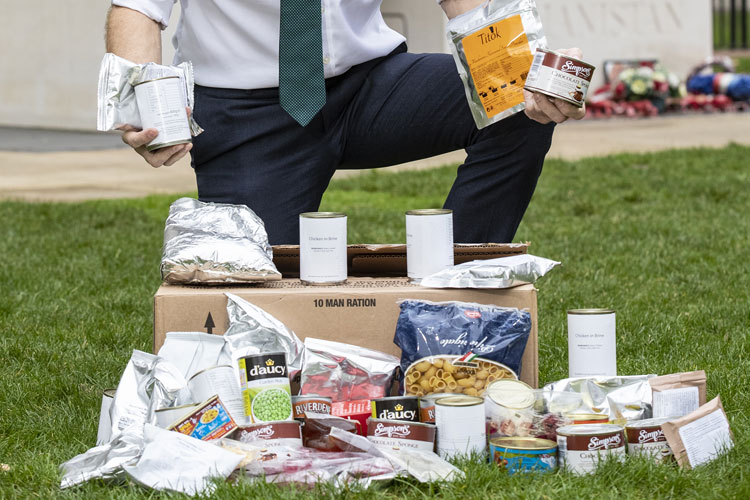 The UK Ministry of Defence has announced that it will donate thousands of unused ration packs to charities over the next few years.

Press Statement: Under the plans, the military will provide operational ration packs to FareShare, a charity who distributes food to nearly 10,000 UK charities, including community groups, homeless hostels and lunch groups for the elderly.

The ration packs are enough to sustain ten soldiers for a 24 hour period and include items for breakfast, lunch and dinner, such as porridge, sausages, baked beans, pasta and rice.

The range of ingredients enables the preparation of nutritionally balanced meals and provides 4000 calories to sustain an active person over a 24 hour period.

Footnote. For details of precisely what a typical 10-man ration pack contains click this link.