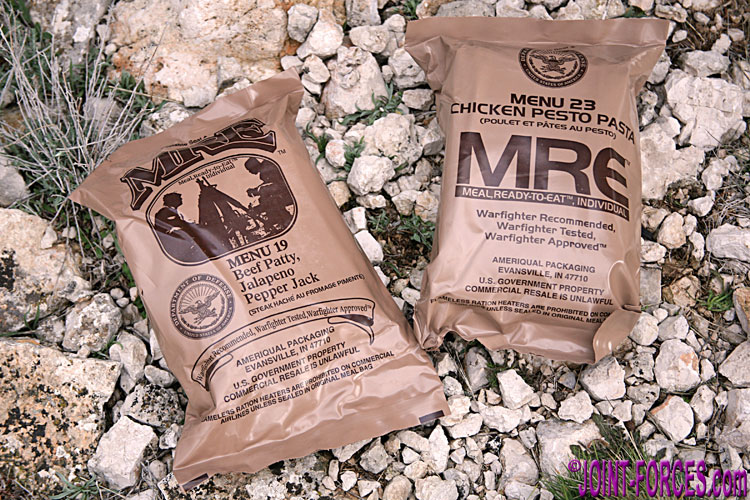 In this latest instalment we are jumping forward roughly six years to look at an MRE from the XXXIV batch issued during TRIDENT JUNCTURE 2015, writes Bob Morrison.

The MRE story is now close on forty years old but is still evolving so there is still plenty to write about. Additionally, the longer I research a topic the more information comes to light, very occasionally contradicting something I have previously written but more often expanding my knowledge base and confirming my beliefs, so that aspect coupled to my love of eating keeps me coming back to the subject. 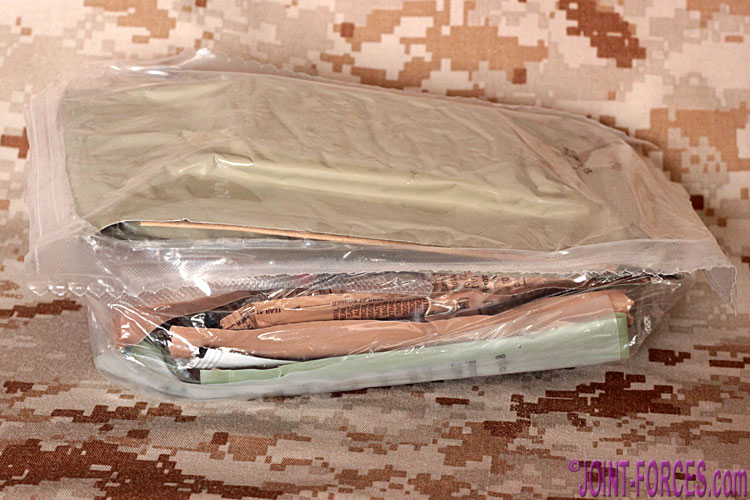 Although all the food components in this MRE Menu 19 sample issued to troops in Spain in the autumn of 2015 were packed earlier that year, with the coyote tan coloured outer pack stamped at the foot as having been sealed on 25th March of the previous year (under the numbering system 5084 denotes the 84th day of 2015), the stamped 34 prefix denoted it as actually being from the 2014 production year batch; note that not all MREs are stamped this way and I suspect this might be a supplier variation. The first MREs were issued in 1981, so the 2014 year batch was deemed to be the 34th; sometimes Roman numerals are used in DoD listings, so this one could also be designated as being from the MRE XXXIV batch. 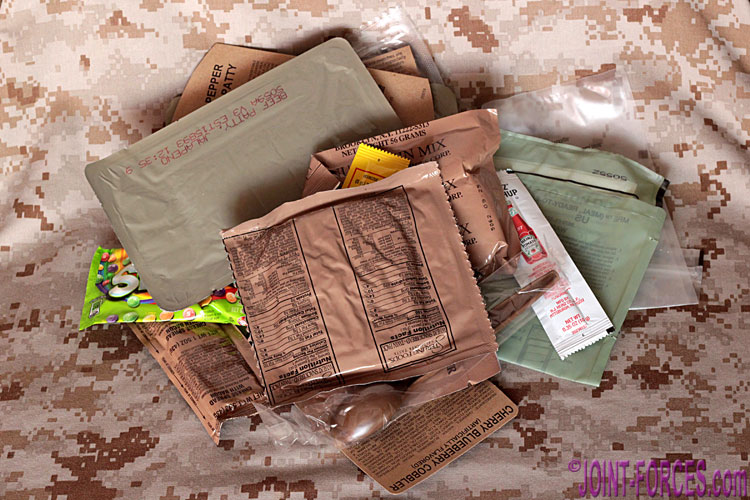 Before reviewing the contents of Menu XXXIV/19 I am going to briefly reprise the history of the US Army’s current combat rations and the simplest way to do this is to quote from an Unclassified document produced by the NSRDEC at Natick in 2010. Before doing so, it is probably worth pointing out that although the term MRE has become a generic for combat rations it is actually a registered trademark belonging to the US Government and should only be used in relation to those rations packs officially procured by them through, currently three, contracted suppliers.

According to the NSRDEC document the evolutionary work which led to the MRE: “has been performed at various locations, beginning with the Quartermaster Subsistence School in the 1920s to the Chicago Quartermaster Depot in the 1930s and culminating with the revolutionary work at the state-of-the-art Natick Soldier Research Development and Engineering Center located in Natick, Massachusetts.” 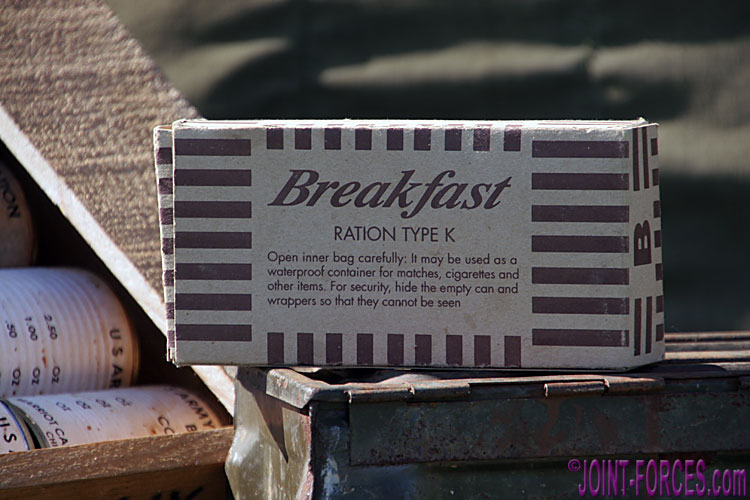 During the Second World War the US Military: “had 23 different rations for a much varied force with different operational needs. One of the most infamous rations from this era was the ‘Ration, Combat Individual’ or ‘C-Rat’ which was composed of M units (meat and vegetables) and B units (bread, sugar and coffee). Troops ate C-Rations for up to 90 days and generally disliked them due to menu monotony and their lack of balanced nutrition. Another ration from World War II was the K-Ration, which was first requested for paratroopers to carry in their pockets. The K-Ration was the most nutritionally balanced of any ration available at the time.” 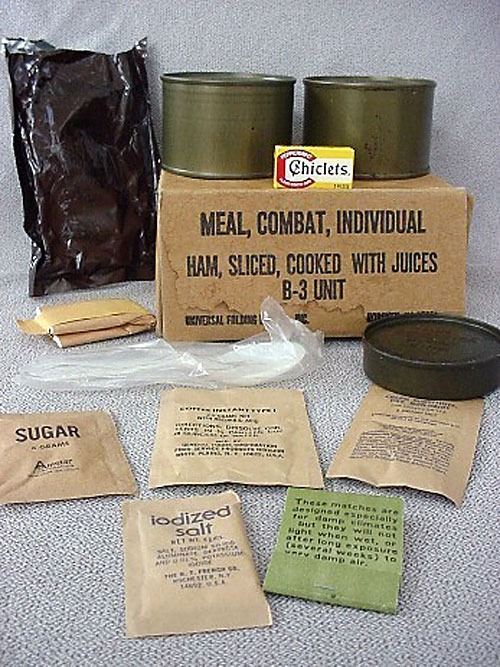 Roll on to the Korean War at the start of the next decade and: “Research was starting to be put towards developing more nutritionally advanced rations, but soldiers were forced to continue eating C-rations due to the surplus from WWII. Additional variety was attempted by including canned fruits, cakes, and bread.”

Early in the Cold War Era, from 1958, the Meal, Combat, Individual or MCI eventually replaced the C-Ration. The MCI consisted of 12 menus that provided an average of 1200 calories each, equating to one third of the now generally accepted 3,600 calories per day required by a soldier in the field, and it was designed to meet a new concept of subsistence, namely: ‘Soldiers should be supplied with nutritionally balanced meals as opposed to a full day supply of food’.

NSRDEC tells us that by the time of the Vietnam Conflict new processing and packaging technologies had been employed to develop freeze-dried products that were used in NASA’s first manned space flight in 1962 and also “to develop a new ration, the Long Range Patrol (LRP), which included such entrées as freeze-dried chicken stew and escalloped potatoes.” Other major changes during this time were initial concepts of removing metal containers and cigarettes from rations and thus began the start of the MRE. In 1956 the requirement was established, though it would take a quarter century to reach fruition, and by 1961 Defense Acquisition approval had been granted. The first prototype was produced in 1970 and in 1972 the Requirement was revalidated: Minimum shelf life was set at three years when stored at or below 80°F; a permissible storage temperature range between -60°F and 120°F was decided; each meal had to be nutritionally complete; and the packs had to be air-droppable. 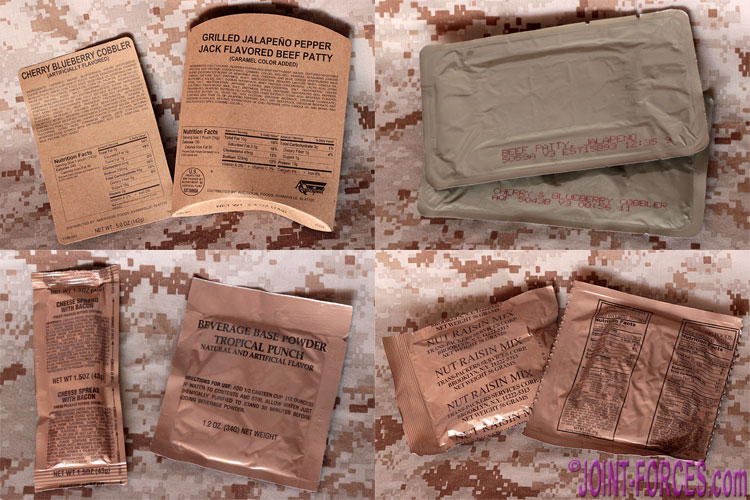 In 1975 the MRE was Type Classified and in 1980 the ration went into full production, with unit trials commencing the following year, though it would be 1983 before the rations were generally issued. By the time of the 1990 build-up (Operation DESERT SHIELD) to the first Gulf War (Operations DESERT STORM and DESERT SABER/SABRE) in early 1991, the MRE was in widespread use but, although initially popular, as time went by some US troops started bartering ration packs with allies to try to increase variety; it was during Operation DESERT SHIELD, or Op GRANBY as UK Forces knew it, that I had my first taste of MREs.

NSRDEC confirms that the early MRE was not perfect by stating: “Warfighter feedback from ODS indicated the need for improved quality and increased variety in the ration. A continuous improvement process was established in 1993, with menus being increased from 12 to 24 and including enhancements such as the flameless ration heater, vegetarian meals, and commercial items.” 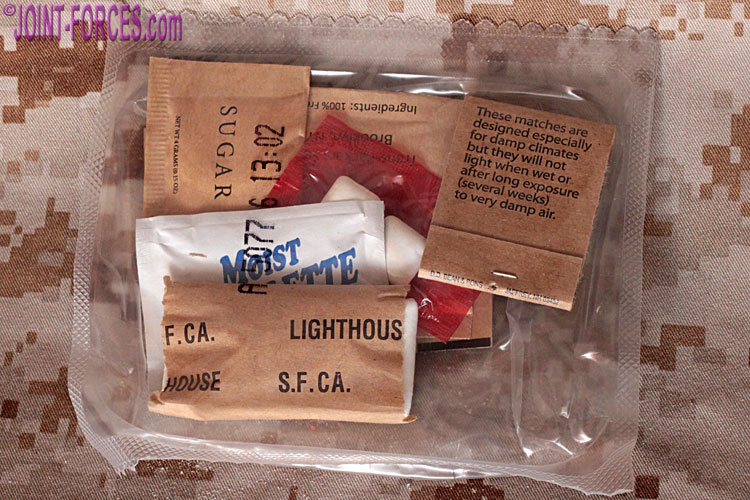 In the past European commentators, including myself, have often remarked that the MRE can be rather bland on the taste buds, but some main meal substitutions in recent years appear to indicate changes are afoot. When talking combat rations with US Army personnel out on the CENAD Chinchilla training area in Spain during Exercise TRIDENT JUNCTURE 15 they offered me the choice of two spare packs they had in their vehicle; Menu 19 – Beef Patty, Jalapeño Pepper Jack or Menu 23 – Chicken Pesto Pasta. Having already heard on the grapevine that the main constituent of the then current No.19, introduced from 2013 (XXXIII), was much more fiery than anything preceding it, and that the accompanying Cherry Blueberry Cobbler desert retort pouch was a tastier improvement over earlier MRE equivalents, it was a no-brainer which pack I would go for.