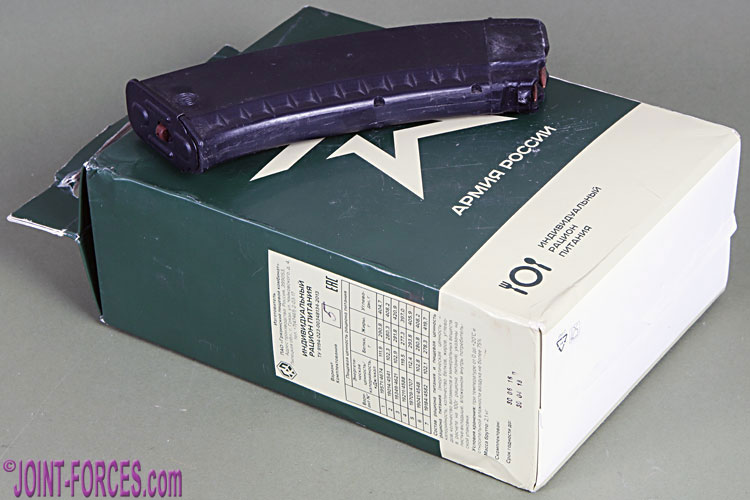 Our friend Pete the delivery driver has just turned up with this Russian Individual Ration Pack (IRP) and we will bring readers a full review in due couse.

This boxed IRP (ИНДИВИДУАЛЬНЫЙ РАЦИОН ПИТАНИЯ in Russian) is still within date – it expires 30th April – so I plan to photograph it and taste test it before the end of the month. Since first coming up with the Marching Ammo concept on the now out-of-print COMBAT & SURVIVAL some nine years ago, we have tackled over 40 different ration packs from countries as far afield as Angola and Australia in the south to Jordan in the Middle East to Canada and Norway in the north to the USA in the west, but this pack is a first from Russia. It was supplied by Dean of Partisan Supplies (Facebook link) via Andy of East West Trading. Thanks guys.

It should be an interesting eating experience, so watch this space.