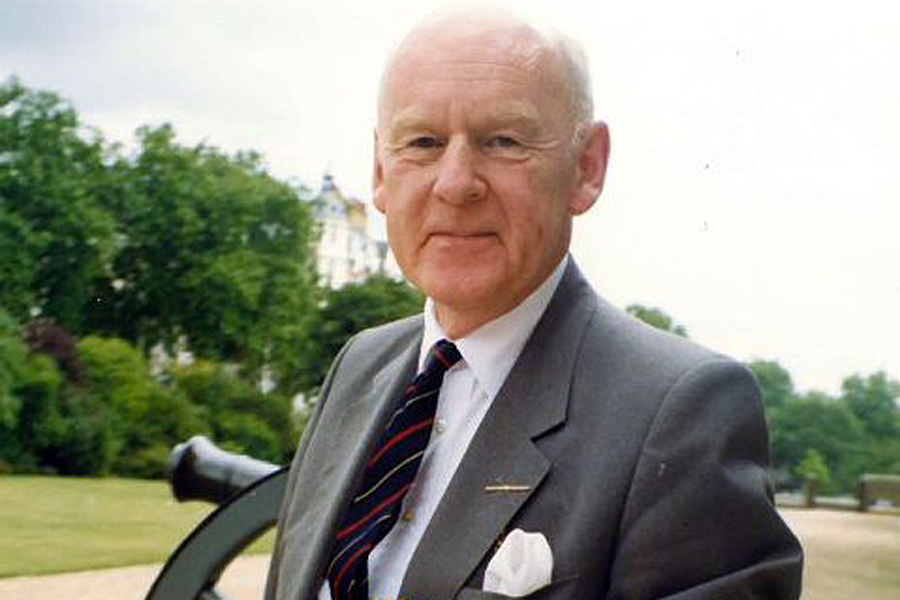 Yesterday we learned the sad news that our old friend Robert Jarman, of Defence Research & Analysis, passed away last week.

Robert was a soldier – a Glorious GLOSTER – for over thirty years. The military wasn’t an obvious career choice. He had no Service background. In fact, his parents were thespians! However, in October 1950 Robert was ‘called up’ as a National Serviceman and subsequently sent off to war in Korea at the age of just 19. He joined the Gloucestershire Regiment shortly after the Battle of Imjin River for which the Regiment was awarded the US Presidential Unit Citation. Fittingly, this year marks the 70th anniversary of that famous battle of the Korean War.

The GLOSTERS enjoyed another distinction in wearing a badge on the back of their headdress; a privilege awarded after the Battle of Alexandria in 1801. Robert often joked that he remembered the day well – the sun was shining. But Robert was not one for looking back. After leaving the Army, he forged a career in the City of London and then turned his hand to writing. He met Yvonne and they married in 1993. Together they worked as freelance writers and researchers until Robert’s recent ill-health.

Above all Robert was a generous man, particularly with his time for others. After leaving the Army, he spent many years as Chairman of the London Branch of the Gloucestershire (and later RGBW) Regimental Association. He was a long-time member of the British Legion and, in later years, a committed volunteer for the annual Poppy Appeal.

¤: At this very sad time the JOINT-FORCES team wish to extend our condolences to Yvonne, who we have known for almost as long as we knew Robert / Bob.

¤ A family funeral will be held on 15th February in Kensal Green.