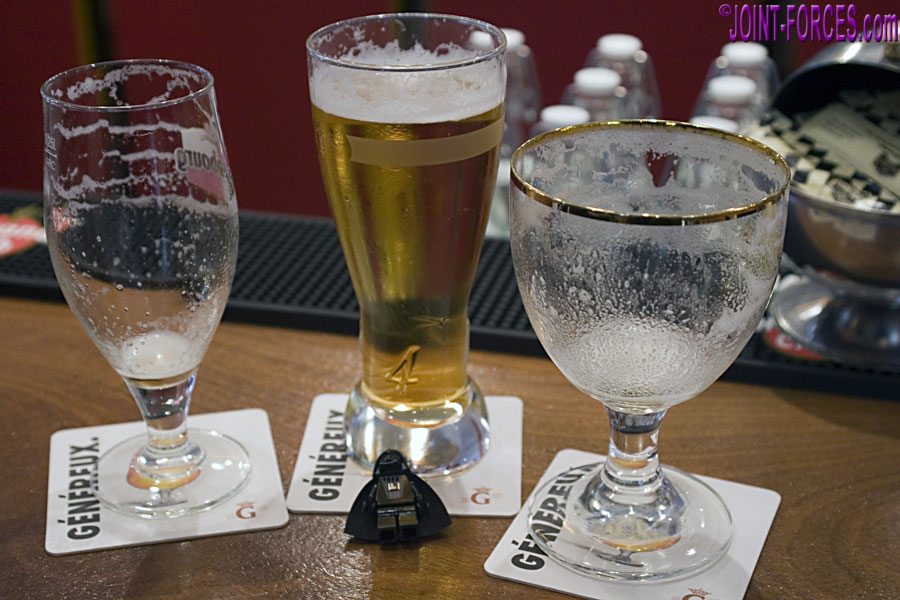 On a Parisian bar, Boulogne-Billancourt, early 2013 ~ the Lead MustGetBeer's glass remained untouched when we left to attend his funeral [©BM]

Eight years ago today Carl Schulze called me with the distressing news that our friend and colleague Yves Debay had been assassinated in Syria.

Yves, Carl and myself cooperated rather than competed for the best part of 21 years until Yves’ untimely death by sniper fire in Aleppo while covering the conflict for ASSAUT Magazine, which he founded. A constant joker, almost always snapped with a smile on his face, Yves nicknamed our trio the Three MustGetBeers. Although in the early 1990s Carl replaced our mutual friend the late Michael Jerchel to become the third MustGetBeer, nobody could ever take Yves’ place. We miss you, old friend.

Featured, Obituary, Syria, Yves Debay
You may also like