Home > Land Rovers > End Of The Road For The Land Rover Wolf? 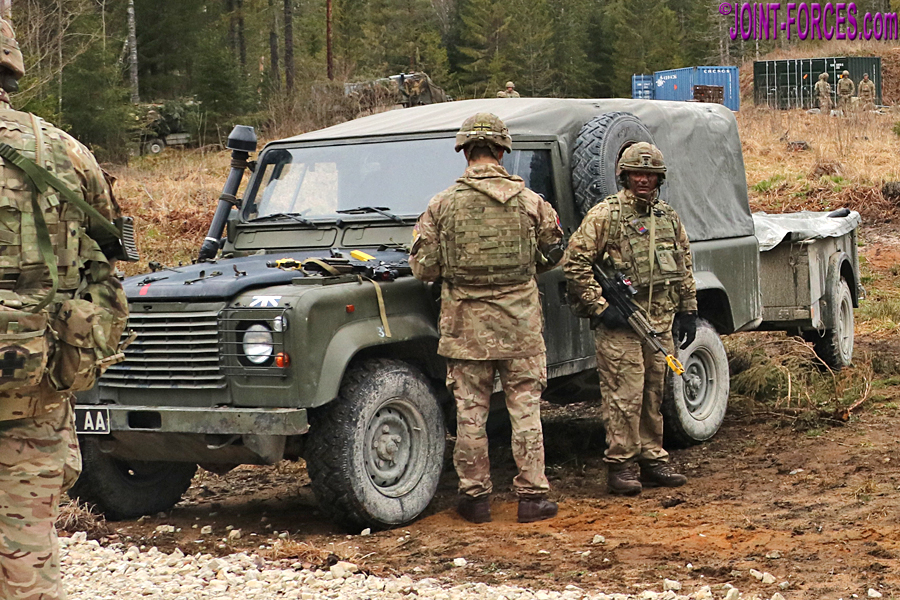 As it reaches its 25th anniversary of service to the Crown, is the end of the road in sight for the trusty Land Rover Wolf TUL / TUM, asks Bob Morrison.

Ordered on 18th January 1996, and entering service in bulk from July of that year, the Land Rover Truck Utility Medium Higher Specification or TUM HS and its shorter wheelbase Truck Utility Light Higher Specification or TUL HS sibling, collectively nicknamed the Wolf as that was the manufacturer’s codename for the upgraded model produced for the UK Armed Forces and the Dutch Marines, has served well beyond its original planned 15-year life. The type does though, like all of its breed, still have a lot of life left in it and holds it second-hand value well, so it should be no surprise that other countries’ armies are interested in it as Britain’s fast-shrinking armed forces have less and less need for its services.

What did come as a bit of a surprise was the revelation that the UK Ministry of Defence’s Defence Equipment Sales Authority (DESA) had quietly signed a Framework Agreement with the International Disposal Solutions (IDS) wing of ARMSCOR, the arms procurement agency of the South African Department of Defence, which creates “the opportunity for DESA to increase its reach in Africa and the commercial sales sector”. On the 24-page brochure of equipment which IDS is currently offering to other African nations are:-

Other equipment listed as available includes the Husky 4×4 Tactical Support Vehicle (TSV), which it was presumed would be replaced in UK service by the broadly similar Joint Light Tactical Vehicle that was also intended to replace some armoured and softskin Land Rovers, though the long-overdue order for JLTV has yet to be placed. The Combat Reconnaissance Vehicle (Tracked) which is due to finally be replaced by the delayed and problem-plagued AJAX family, which should have reached Initial Operating Capability by the end of last month but is still undergoing fault trials to identify major problems despite billions already having been spent on it, is also on the list. So too are the FN Minimi L110A2 5.56mm light machine gun, which allowed infantry sections to lay down their own close range suppressive fire, the RAF Puma helicopter, which has just celebrated its 50th birthday, and the MAN Support Vehicle Cargo Light 6 Tonne.

Looking at the long list of vehicles and equipment potentially being sold off to African nations before replacements have entered service, one has to wonder if possibly the UK MoD beancounters might this time be throwing the bath, the bathwater and the baby all out at the same time. It is fashionable at the moment to talk about drones taking the place of soldiers on the battlefield, when it has yet to be proved that territory can effectively be held without boots physically being put upon the ground, and it should not be forgotten than when rather than if these boots are deployed they will need proven vehicles and helicopters to get them there.

The Land Rover Wolf may be a bit long in the tooth, but as there is no sign yet of UK MoD ordering suitable replacements, and as the gratefully received recent donation of 100 R-WMIK+ Land Rovers to Lebanon underscores, there is still life in the old girl yet.