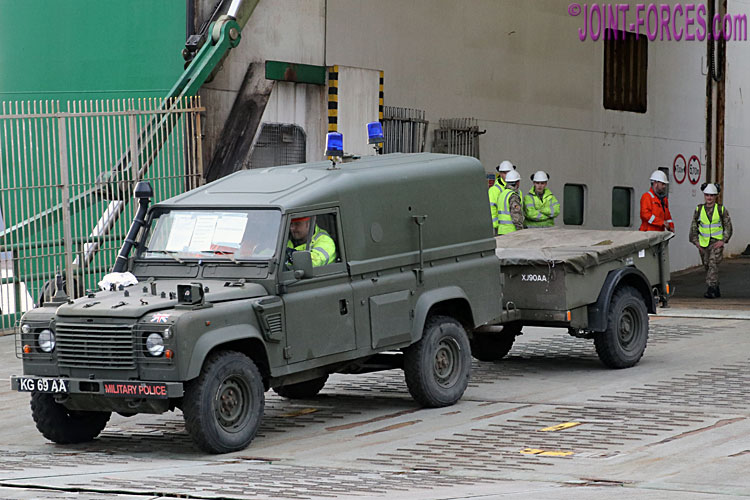 According to my Unclassified listing of UK Forces Land Rover registrations KG69AA entered service just under 23 years ago, on 12th April 1997 configured as a TUM (Truck Utility Medium) 4×4 FFR (Fitted For Radio) HS (Higher Specification) HARD TOP LHD (Left Hand Drive) and it is clearly still serving in the FFR role with the Royal Military Police on the massive DEFENDER-Europe 20 (DEF20) deployment exercise which will see many of the vehicles arriving in the North sea Ports over the next few weeks travelling as far afield as the Baltic Nations for field training exercises in the spring.