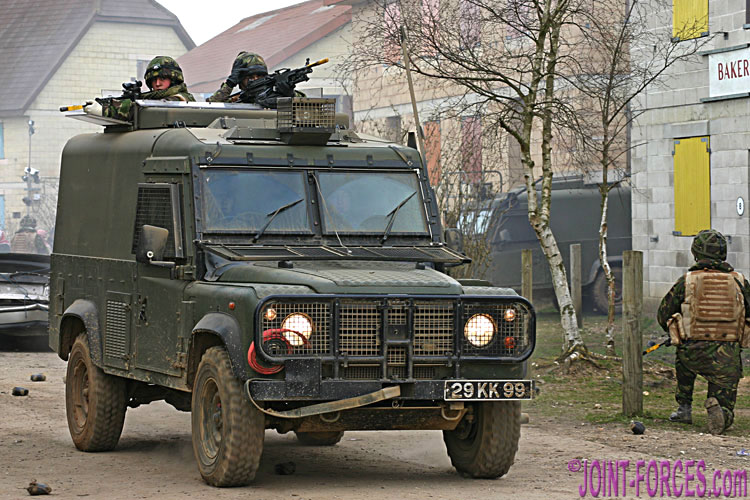 At the DVD 18 expo, held this September at Millbrook Proving Ground, DESA (Defence Equipment Sales Authority) displayed two Snatch Land Rovers on their stand but civilian staff on duty refused point blank to answer questions about these vehicles, stating that as I was wearing Press Accreditation they could not discuss them with me. Both vehicles were diesel-powered 2005 upgrades of the type deployed on Exercise QUICK RESPONSE 18 as part of Operation ALTHEA / Op ELGIN earlier that month; their precise designation being TRUCK UTILITY MEDIUM (HS) HARD TOP W/VPK 24V (WITHOUT ACU) REFURBISHED 2005.