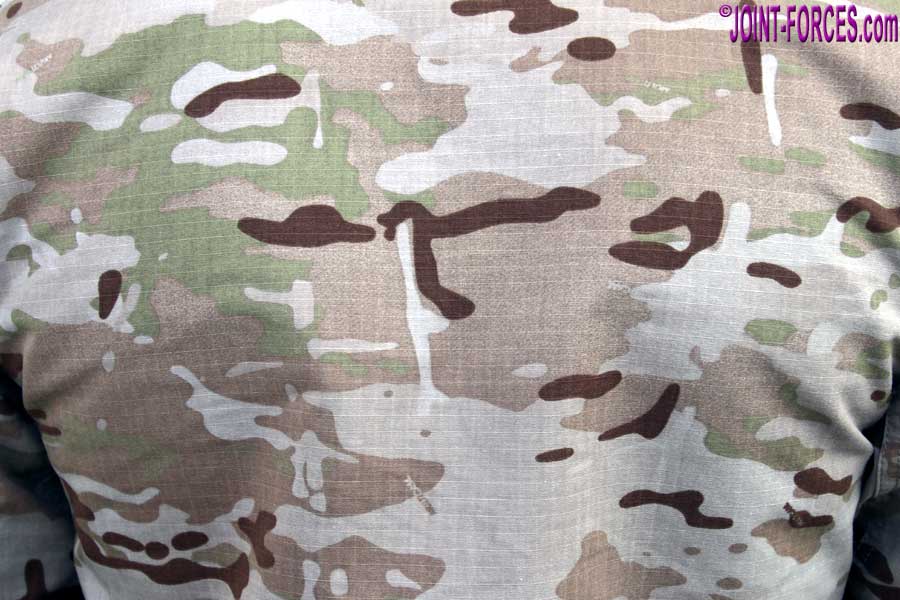 When I spotted a trio of Austrian officers, two Colonels and a Lieutenant Colonel, wearing MultiCam Arid pattern uniforms at SOFEX 2022, the Special Operations Forces Expo running in Jordan, I cheekily asked if they would be happy for me to photograph the back panel of one of their combat jackets. Quite naturally they were not keen on me photographing them from the front, and they insisted that the unit insignia they were wearing on their right upper arms should not appear in any of my photos, but they kindly agreed to step out of the expo hall so that I could snap the camo pattern in natural light along with the national insignia ~ very much appreciated gentlemen. This new pattern has only been on issue for a few months and one of the officers told me that they believe Austria is the first European nation to adopt it.