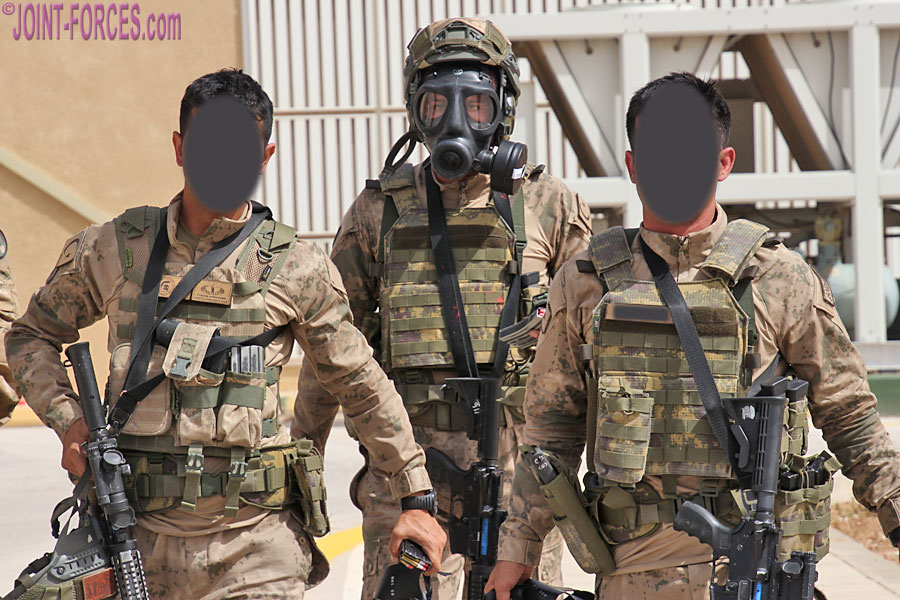 At the recent British Army Expo 2022 I unexpectedly had the opportunity to photograph two of the very latest Turkish military camo patterns, writes Bob Morrison.

Turkey has been a key member of NATO for 70 years and has the Alliance’s second largest army, listed as having an active strength of over a quarter of a million personnel in 2021, but although I have worked with Turkish troops in several different theatres on a number of occasions over the last three decades circumstances have always conspired to prevent me capturing four-view photographs of any soldiers in their national camouflage patterns for a Kit & Camo feature. Maybe one day I’ll either get the chance to pose a Turkish soldier for a few minutes, or maybe obtain one of these ’round tuit’ things and trawl through my archives for sufficient photographs to allow me to pen a decent article, but in the meantime I suspect a few of our camo collector readers might like a very brief look at what the new M2021 Turkish Army and M2019 Turkish Air Force patterns look like.

Before I get there however, perhaps I should mention the previous M2008 Turkish Army pattern which the new M2021 pattern is fast replacing. Essentially M2008 was a three-colour ‘horizontal lizard’ type pattern of faded green and faded brown on a tan base but with a distinctive square grid overlay across all three colours; note that this grid, which made the material look very much like ripstop fabric, was printed rather than being stitched. The troops in the photograph immediately above, photographed during a parade in Lefkoşa / Nicosia on the Turkish side of the divided Cypriot capital in November 2014, are wearing uniforms and equipment fashioned from M2008 camo pattern. The Special Forces team in the lead photo on this page, from the elite Jandarma Kommando and photographed during the 2018 Annual Warrior Competition at KASOTC in Jordan, are wearing their own new four colour arid camo pattern (introduced at the end of 2017) but their load carriage equipment and plate carriers are in M2008 camo.

The latest M2021Turkish Army five-colour pattern, in green and beige shades with a very dark brown as the minor colour, is printed here on a ripstop fabric and is in some ways reminiscent of ATACS but it is by no means a copy of this commercial family of pattens. The above photograph of the back panel of a senior Turkish Army officer’s combat jacket ~ he and his Air Force colleague said they preferred not to be photographed from the front but were happy for me to snap the back of their jackets and their boots for Kit & Camo ~ was taken on the day the sad news of the death of HM Queen Elizabeth II broke and the weather on Salisbury Plain that afternoon was equally dismal with heavy rain and very low light levels. As a result this photo was not taken in the best of conditions and the colours appear very flat.

The Turkish Air Force officer’s combat jacket (above) was in the four-colour pattern exclusive to his branch of service, and is of a more conventional ‘horizontal lizard’ design; it was also printed on a ripstop fabric. Secondary colours of this field uniform pattern are blue-grey and ochre shades on a light tan base with a khaki shade as the tertiary colour. Once again, please bear in mind that the light level when I took this photo was pretty atrocious (using on-camera flash would have been silly) so please don’t try to read too much into the colours.

These two photos of M2021 were uploaded to the Turkish Army website earlier this month and give some idea of both the pattern in bright light and how the colours are keyed to the national terrain.

Both camo patterns can be seen in the photos above and below of the officers’ boots, which I snapped for the record. The Army boots are definitely the YDS UKTM 8058 GTX model, which is a leather and textile winter boot with Gore-Tex waterproof lining. I am not 100% sure about the Air Force boots, but think they might be an early version of the YDS STORM Nubuck and textile summer boot with side zips… but don’t quote me on that (if anyone from the Yakupoglu team is reading this, feel free to set me straight).