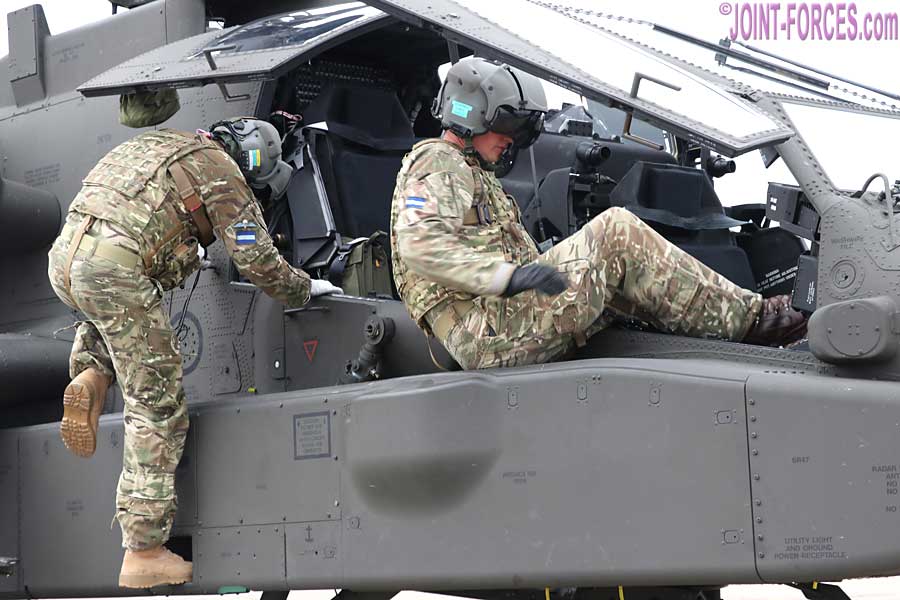 Although still referred to as FACS by Army Air Corps helicopter crews, because this layered flame-retardant clothing set has been on issue since around late 2017 the Future part of the title is really now redundant though as far as I can tell RAF AP1358 dress regulations still use this designation.

In this brief article we are not looking at the entire clothing set issued to helicopter crews from all three services, which includes special FR undergarments, mid-layers (including a UBACS or under body armour combat shirt) and and foul weather outer garments, but are just focusing on the JACKET, COMBAT, FR MTP For Air Crew and the TROUSER, COMBAT, FR MTP For Air Crew.

Supplied by Coneen Group of Fivemiletown in Northern Ireland, the FACS combat jacket and combat shirt are manufactured from a 64/24/10/2% blend of Lenzing FR, Para Aramid, Polyamide and Anti Static fabric overprinted with UK MoD MTP or Multi-Terrain Pattern camouflage. Although a flame-retardant aircrew coverall is still issued, as are different design FACS trousers with removable knee pads specifically for helicopter door gunners, it is usually these jackets and trousers that Apache crews wear.

Turning first to the aircrew combat jacket, which is worn tucked into the trousers, the most obvious differences between this and a standard combat jacket are the angled upper sleeve pockets and the side-accessed flat chest pockets but if you look closely you might also spot lower sleeve pen pockets. Even when wearing the minimalist aircrew load vest / plate carrier pilots and copilots flying tandem helicopters such as the Apache have very little space in the cockpit and it is imperative that they have easy pocket access. All fasteners are hook and loop, not buttons, and the collar is mandarin-style – though the major was wearing his open at the neck and pressed.

The aircrew combat trousers stand out when seen from the rear as they have a broad, shaped elasticated full width expansion panel and because of this (plus they would be impossible to access when seated) there are no hip pockets. There are conventional slant pockets, behind which there are also vertically zipped sections, and there are large slightly sloping thigh cargo pockets behind which there is also a zipped section. There are also lower leg cargo pockets and on the outer face of each of these there is a secondary valuables pocket with both a cover flap and a zip underneath; when flying a helicopter lower leg pockets are usually the easiest to access.