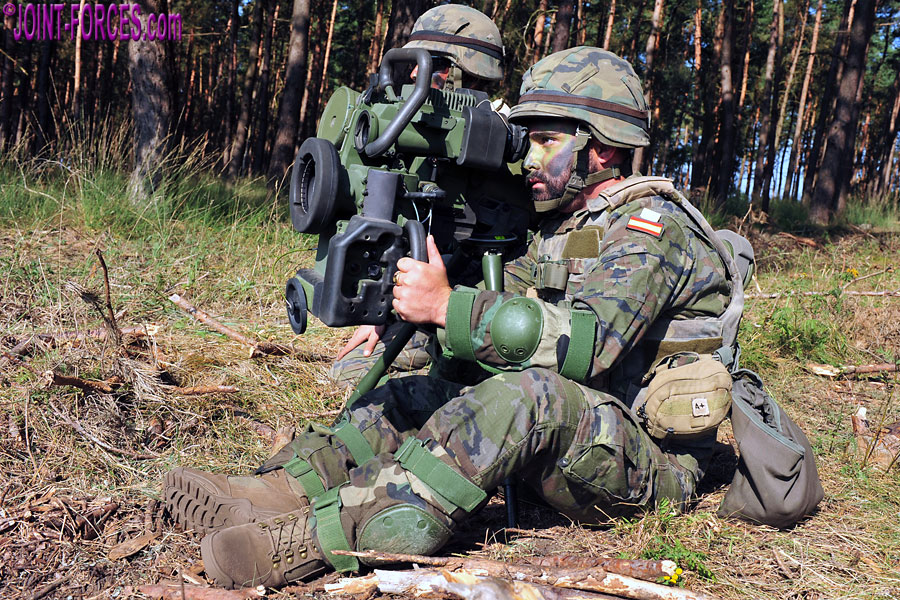 First the background: The Spanish Armed Forces in general and the Spanish Army, or Ejército de Tierra, in particular have used several unique and interesting camouflage patterns since the 1960s, when the M59 Rocoso (Rocky) five-colour amoeba-like pattern was introduced. Originally in primarily light ochre and red ochre shades with large areas of black, smaller areas of pea green and mostly rather small light stone ‘bean’ shapes, Rocoso was quite an arid camouflage pattern. The following year the M60 Boscosos (Woodland) variant, with light green and bottle green replacing the light ochre and pea green shades, was also introduced. Both served for 20+ years.

Around 1982 Spain introduced a four-colour Leaf (Hoja) pattern similar to US M81 Woodland which, like the US Army pattern, was a derivative of the post-WWII period ERDL. This served from the mid-80s as the main Spanish Army camouflage and continued to do so for over two decades, though a faded colour variant of Boscosos was also introduced in the late 1980s primarily for the Spanish Legion; some items of kit in this Spanish Woodland camo was still in use until quite recently. However in 2009 the six-colour M09 Ejército Pixelado (Army Pixellated) camouflage pattern was introduced for general service, along with a subdued four-colour variant for arid and urban use (see bottom of page).

Although the six-colour M09 Camuflaje Pixelado pattern shapes are square-edged, unlike most of the then new generation of digital or pixellated patterns it is not actually comprised of lots of small pixels but is essentially a rectangular-shaped close copy of MultiCam, or to be more precise the original US Army Scorpion pattern that MultiCam was derived from, colour-coded to match the overall appearance of faded uniforms produced in the Spanish Army’s 1980s era Leaf or Hoja pattern. If you look closely at the photos of the elite Spanish sniper you will see that although he is wearing M09 camo, the fabric of his seemingly matching helmet cover is actually the earlier non-digital Woodland camo.

To try to illustrate how M09 Ejército Pixelado is a copy of MultiCam (which itself could have been influenced by the earlier M59 Rocoso) I have annotated a photo of an area of Genuine MultiCam uniform. If you first imagine extracting the ‘twiglet’ vertical elements (see red lines) from MultiCam and ignoring them, you are effectively left with Crye Precision’s earlier experimental Scorpion pattern which was produced as a joint venture with US Army Natick Laboratories around the beginning of the millennium. Now compare the dark brown shapes numbered 1 to 7 in blue with the black shapes on the Spanish ‘digital’ pattern. Spot the similarity? Then look at the light stone blobs A, B & C and compare them with the light sand blobs on the Spanish camo. Coincidence? No way, José!

On Exercise TRIDENT JUNCTURE 2015 in Spain (Zaragoza) in November 2015 I was able to photograph an elite Spanish sniper wearing six-colour M09 Ejército Pixelado pattern uniform from all four sides; as was quite common, his helmet cover was in the mid-80s Leaf version of the four-colour M60 Boscosos pattern material. It is noticeable, particularly when the later Spanish four-colour temperate camo garments become sun-bleached, that both mid-80s and M09 patterns share a high percentage of their colour palette, though the greyish shade of the current pattern is a newer introduction.

The second soldier who posed for a four-view sequence was one of the Spanish Legion (Legión Española) participants on Exercise VENERABLE GAUNTLET on Sennelager in Germany in November 2016, and he too wears the M60 helmet cover; so too do the Legionnaires on the same exercise manning the Spike ATGW, seen in the lead image.

By the time of my next opportunity to work with Spanish troops in the field, Exercise SILVER ARROW 17 in Latvia in October, where a mechanised infantry company with main battle tank tank support was operationally deployed as part of the NATO eFP (enhanced Forward Presence) multinational battlegroup, helmet covers and almost all ancillary kit were also in M09 camo. The Spanish Army contingent deployed to Norway on Exercise TRIDENT JUNCTURE 18 in November the following year was also dressed entirely in M09 Ejército Pixelado pattern, except for some pouches, and the same went for KEVADTORM 2019 in Estonia the following year.

On what would be my last opportunity to photograph Spanish troops in the field prior to the COVID-19 outbreak, many of the Combat Engineers on KT19 supporting the LATBAT were wearing softshell jackets (even in May Estonia can be quite chilly during the brief transition between winter and summer) in M09 pattern. However the colour shades of these garments were much richer and more verdant as a result of the properties of the specific fabric used; this colour variation is not at all uncommon when textiles other than cotton or polycotton are used for uniforms.

Turning finally and briefly to the four-colour Arid / Urban variation of M09 Ejército Pixelado pattern, this is a predominantly sand and stone colour plus reddish brown variation of the standard ‘digital’ woodland pattern and it appears that the fourth colour is caused by printing a lighter shade over a darker shade rather than using a third roller. As this pattern is mostly only issued to troops operating overseas in desert environments, I have unfortunately not as yet been able to photograph a soldier wearing it in the field.