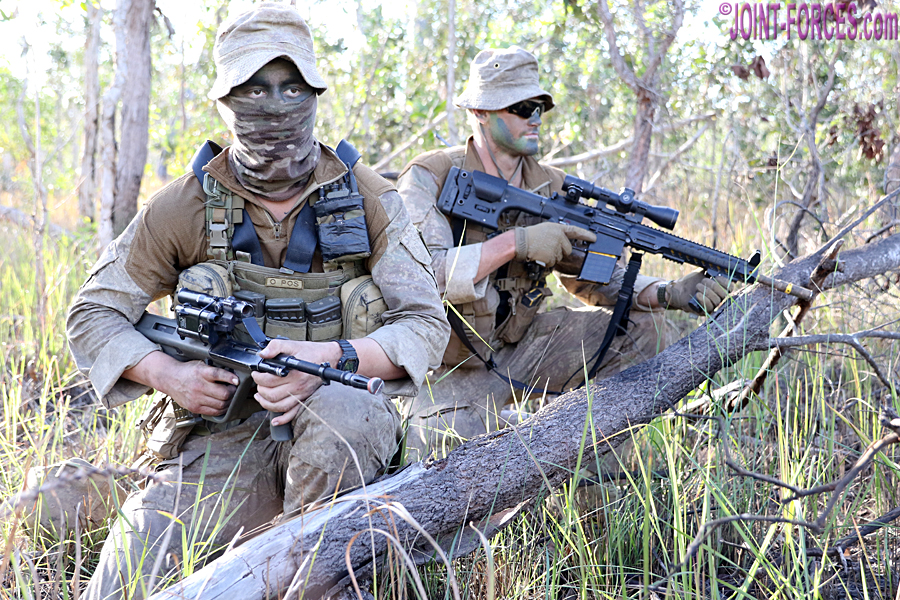 In July 2012 the NZDF announced the forthcoming introduction of an updated uniform for the New Zealand Army in a new NZ MCU camouflage pattern, writes Bob Morrison.

This new multi-terrain camouflage pattern was intended as a replacement for NZ DPM or Disruptive Pattern Material, worn since the start of the 1980s, and NZ Desert DPM, worn operationally from 2003, which were both evolutions of the British DPM camouflage designs. More more detail on the new camo was unveiled in an official press release on 20th June 2013, along with the photo below, and it was stated that “all NZ Army Regular Force members will have the new uniforms by November [2013] while the Reserve Forces will have the new clothing system by October 2014”.

Known as New Zealand Multi-terrain Camouflage Uniform, or NZ MCU, the new garments were produced in a camouflage pattern designed by Guy Cramer and Hyperstealth Technologies, whose inventors were heavily involved in the design of the CADPAT and MARPAT digital camo patterns used by both Canadian and US military forces respectively. Rather than being of conventional digital design the new 2012 NZ MCU pattern, one of the Ghostex family conceived by Hyperstealth in collaboration with ADS Inc. in an attempt to meet a US Army requirement for the UCP digital camo pattern replacement, blended macro and micro patterns to both disrupt body shape and introduce depth.

In June 2013 the overall cost of the New Zealand project was given as being $13.6 million over two years, which included the complete uniform fit out for Army personnel from the Regular and Reserve Forces, though at that stage it was anticipated that NZ Air Force personnel would continue to wear DPM. One of the MCU Project Managers, Captain Ian Leabourne, stated at the time: “We have traditionally had our two patterns of uniform, one for the jungle and one for the desert. However, with the operational environments we face today, we can be operating in a variety of terrains within one area. We needed something which would do the job in whatever environment we deploy to. This uniform, with its unique NZ Defence Force pattern, solves this issue.”

My first opportunity to photograph this camo pattern arose during JOINT WARRIOR 14-1 in Scotland in April 2014, when I spotted a Staff Sergeant on attachment to 3 Commando Brigade wearing a waterproof smock over combat shirt and trousers in MCU. The over-smock worn here was in a slightly more verdant colourway, which at the time I was told was merely a result of the different fabric used, but some commentators state that MCU pattern has subsequently been toned down; as I do not have unissued garments from different production batches to physically compare under the same lighting conditions, and as attempting to judge camo colours from photographs alone is a recipe for disaster, I think I will reserve judgement for the moment.

At DVD 14, held at Millbrook Proving Ground in June when the weather was close to 20C warmer than it was on the beach at West Freugh during JW14-1 and the light was much better, I was able to photograph a New Zealand Army major wearing just his MCU combat shirt, with sleeves rolled up, and MCU combat trousers. His personal opinion was that the new uniform was both practical and popular with his troops, not least because they were instructed not to iron the fabric, and he gave it a hearty thumbs-up.

Our colleague Gordon Arthur photographed New Zealand Army personnel deployed to Australia on multinational TALISMAN SABRE exercises in 2015 and 2017 and his photographs taken in the field are a better indication of how MCU works in the sort of terrain NZDF personnel were more likely to be deployed overseas. Australia is, of course, New Zealand’s nearest neighbour and its tropical north and north-east regions have long been considered as being potentially vulnerable so it is unsurprising that the Kiwis regularly train alongside their Antipodean cousins on their home ground. Gordon’s photos show MCU blending in quite well with the Australian terrain however it must be borne in mind that not only do dust and prolonged exposure strong sun often tone down patterns to blend in with their surroundings, but switched-on soldiers also often wear their oldest and grottiest combat uniforms when deploying into the field on long exercises.

On 17th February this year it was formally announced that the New Zealand Defence Force is this year being stood down from operations in Afghanistan, ending its 20-year commitment. In 2019 it was announced that NZ MCU would be phased out and new uniforms manufactured from NZ MTP (a slight colour variation of British MTP) fabric would be rolled out over the next three to four years.