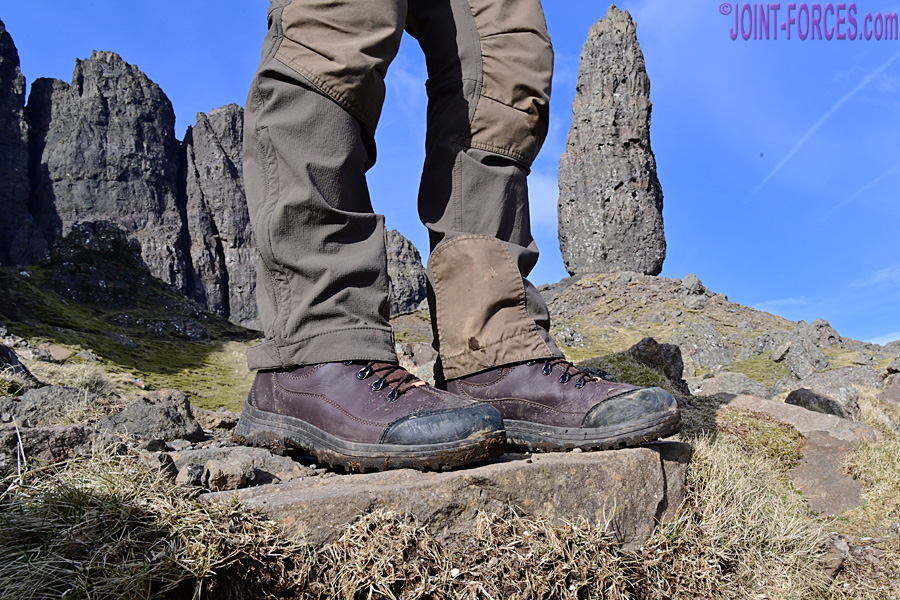 In just a few moments I knew these 6” walking boots, from the Danish footwear designers and developers Gateway1, were going to be good, writes Mike Gormley.

I first came across the ‘Gateway1’ brand a while ago when I tried a pair of their Pheasant rubber boots, which are great and I use them a lot. I moved on to their Walking Boots 6” early this year and I most certainly l have not been disappointed.

You might be forgiven in thinking this is an American brand of footwear with a Bison logo and Gateway1 link, which takes the name from a term used by the early settlers into the USA; particularly those frontiersmen who made their way into the new continent and therefore had to be suitably equipped. In fact, the Gateway1 footwear brand comes from Denmark with all the attributes of a Scandinavian heritage and experience.

Although I have had, and used, these boots a lot I held off my review as I was going to Scotland and knew I would be doing some more serious walking in a variety of conditions. This proved to be very worthwhile as not only did I get to use them a great deal, as planned, but I became ever more impressed with them.

As with most good boots these days, they are good from the outset. Gone the days of soaking them in water, rubbing in Dubbin and so on ~ ask an old ‘bootneck’. From the very first outings on the Cornish coast path and on Dartmoor, the Gateways were good and as they became more used to my feet, they were what I wore from start to finish of my days out; also I was not in a rush to get them off when I got back to wherever we were staying.

Apart from the obvious element of comfort, one thing I look for more than ever is grip. There is nothing worse than having a boot slip away on any situation but especially when on wet rocks when stream crossing and so on. We had plenty of these during our Scotland trip. It seems these days there is more emphasis on long life of a boot sole over the grip. Personally I would sooner get new boots or perhaps re-sole them than take a tumble. Especially when loaded up.

I soon came to trust these boots. The soles are Gateway’s Mud-Field two density rubber with quite a complex Lynx Ice Grip design, which certainly works for me. This is backed up by an EVA midsole with a comfort rating of down to -45C. As we did a lot of sploshing through streams and along wet tracks, I realised the water resilience of these boots is very good. Never got wet feet. The Sympatex 100% membrane waterproofing certainly works.

Especially relevant on rocky terrain, the rubber protection of the toe and heel is important and again the design of these boots has this covered. The evidence of the terrain we walked in is there now on my boots, but no harm was done. The prime material these boots are made from is 2mm full grain leather.

The boots are good to put on and take off and the lacing stems makes this easy. The only ‘fail’ here was the laces themselves. They would not grip and stay done up, so I had to make a quick trip into Nevis Sport when in Fort William to get a new pair to sort this out.

All in all I really like these boots and I can see them making inroads into the UK discerning walker market, where they are a recent addition and still establishing retail outlets so you may need to search online.