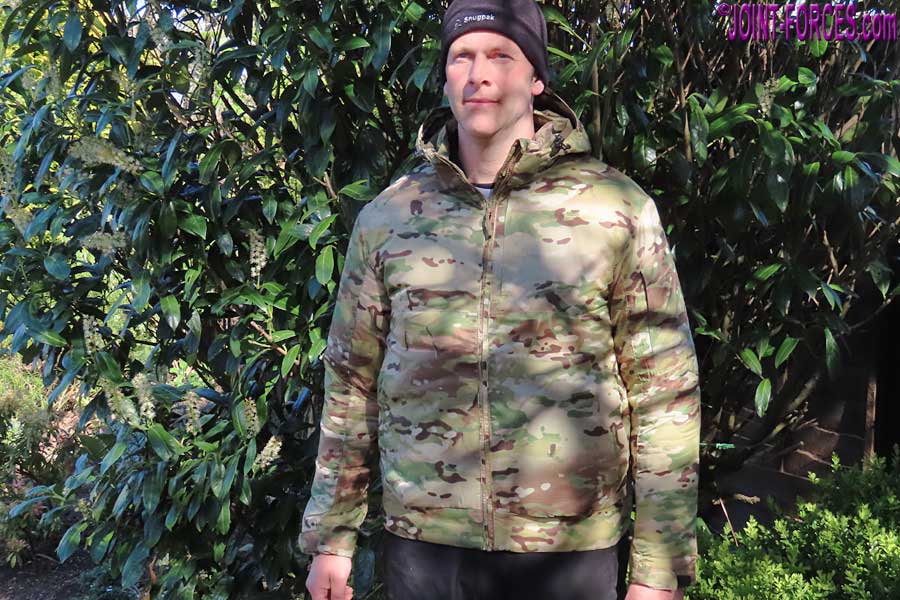 Shown off here by my mate Steve, this is the Genuine MultiCam version of the Snugpak Arrowhead jacket [©Mike Gormley]

Following up on my previous review on the Snugpak Arrowhead this is just to highlight there is a MultiCam variant of this excellent jacket, writes Mike Gormley.

All the features are the same as reported in my previous review ~ see the page 40899 Snugpak Arrowhead Jacket ~ so there is really nothing fresh to say other than that the camo version is, of course, more suitable than black for mainstream British Army and US Army uniformed troops. The Yorkshire company uses Genuine MultiCam Paratex Micro fabric (not one of the cheaper near lookalike camo pattern materials) which is highly compatible with British Multi-Terrain Pattern and US Operational Camouflage Pattern. And if, like for example our Jutland Dragoons friends or the Royal Marines and the new British Army Ranger units, you are issued with MultiCam combat uniform as standard the Snugpak Arrowhead will fit right in.