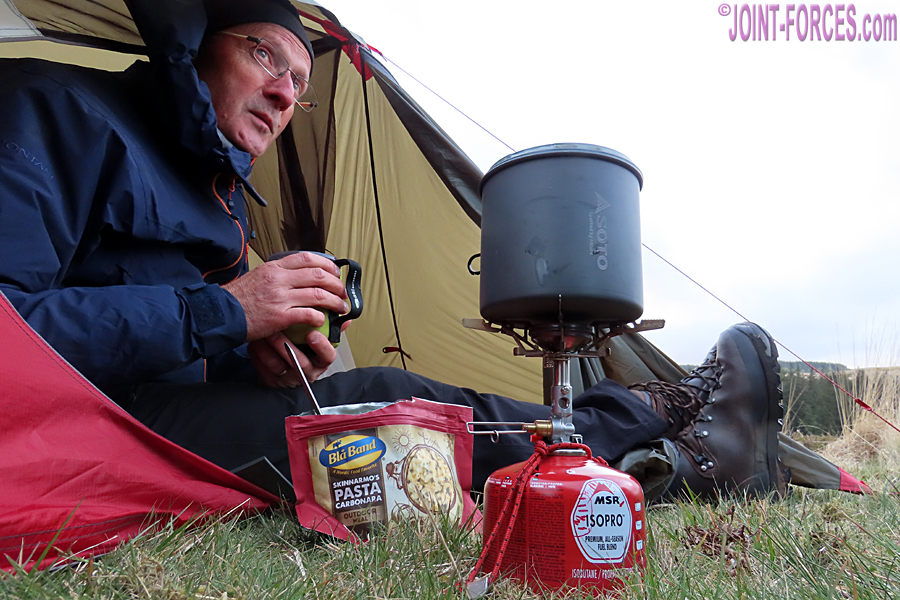 Mike Gormley sings the praises of the light weight and equally compact Soto Windmaster Stove for the hiker, trekker or expedition traveller.

Weight is clearly important when we must carry everything on our backs. Sometimes, as I have said in other reviews, I feel one needs to be careful of compromising performance of yourself and the kit at the price of saving a bit of weight. It’s a balance. However, some items that are very light and compact are also very good indeed. The Soto Windmaster stove is just such an item.

A very good pal of mine is one of those super weight-conscious people. All his kit is well thought through and weighed and overall pack weight pared to a bare minimum as far as possible. He and his wife do some long trips, such as the Trans-Scotland treks, and let’s say they are not in their twenties any more, so fair one on the concerns of carrying too much kit. Some while ago we had been discussing equipment for their upcoming TGO Challenge, which they were to take part in.

Their choice of stove was the Soto Windmaster, weighing in at just 87 grammes, which has now completed two challenges along with many other outings. I too have made good use on my Windmaster and I recall well my first use of it on Dartmoor on a particularly windy camp; it worked very well indeed in the blustery conditions. Much better than those of many of my colleagues camping that weekend.

So, it is with confidence I can say that say that this very light and compact stove does what it says. It masters the wind. I have known and used Soto stoves for some time, including this model’s predecessor, and I know the detail that goes into the design and development of these stoves which are truly engineered. The micro regulator ensures that the stove maintains the same output whatever the level of gas is in the canister and it is very easy to fine tune the burn, so simmering a pot of something nice is a real option. The stove is also well capable of heating up water in a short time for the welcome quick brew.

The Windmaster is quoted at maintaining its same burn time over a range of temperature from -5C to 20C. That is not to say this is the operating limits, which are much wider. There are quite a few light and compact stoves on the market but this has to be up there with the best engineered and the most effective.