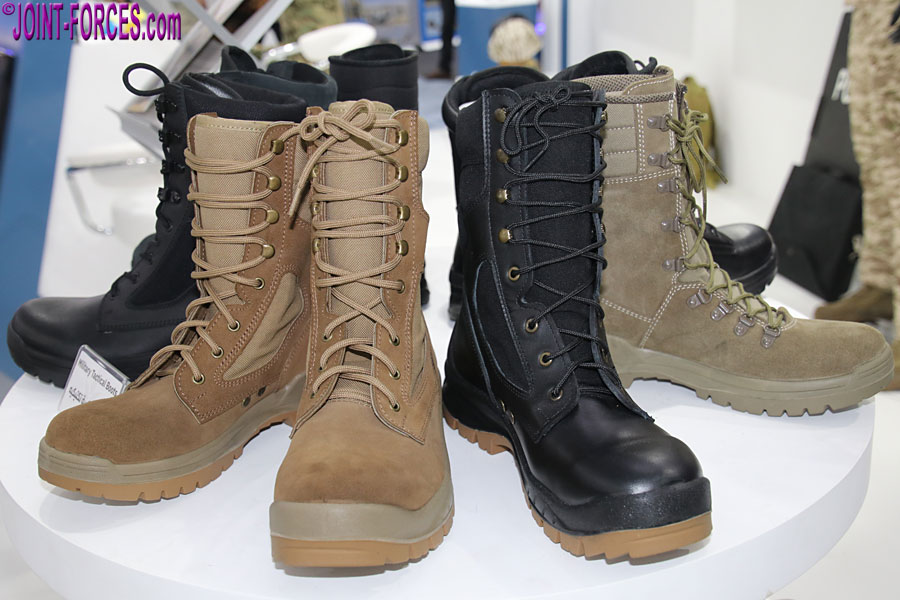 The range of military and police footwear produced in Jordan by FIRST ARMOUR, based in Al-Khalidya around 50km east of Amman, runs the full gambit from dress shoes and patrol boots to combat boots. In addition to supplying the Jordanian Armed Forces, the company also markets its products to governments across the MENA (Middle East and North Africa) region.

At the recent SOFEX 2022 expo in Aqaba I was permitted to briefly take two examples, in different sizes, of the latest version of the TDB (Terraqueous Desert Beige) Desert Boot model off the FIRST ARMOUR stand to photograph them in natural light. Of suede and Cordura construction with rubber and polyurethane composite sole plus anti-bacterial cushioned insole, these TDB variants have four pairs of lower eyelets and four pairs of upper open lace hooks to give two zone lacing. Both tongue and collar are padded for comfort. Each of these two boots, which are manufactured in sizes 36 through to 47, was fitted with a different tread pattern TERRAQUEOUS outsole.