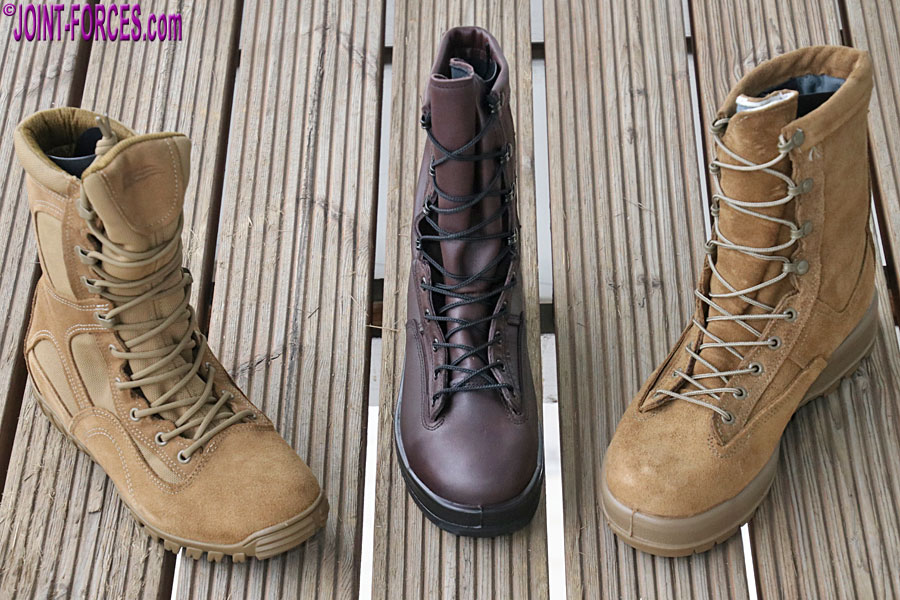 Founded in Illinois at the start of the 20th Century, Belleville combat boots first saw service with the US Army during World War One, writes Bob Morrison.

Well over a century later there are few American military personnel of any branch of service who will not at some time have worn Belleville boots or shoes, and the brand is well known in many other defence markets around the world too. However it is currently uncommon to see any UK Forces personnel, other than perhaps the occasional military specialist, wearing Belleville as none of their boot models were selected for the last two major UK MoD multi-category combat boot contracts.

On the European Continent, however, the American company has been making plenty of inroads of late and at the DSEI 2021 expo in London in September they had no less that three distinct combat boot models on their display stand selected for service with Danish, Dutch and Spanish military aviation personnel. We have not been able to try these boots out for ourselves, as to guard against potential customs charges exhibition display stand samples are usually not moved from country to country in pairs, but we were able to take these three right foot boots off the expo stand to briefly photograph them outdoors in natural light.

The 330 ST Wet Weather Steel Toe Flight Boot, as issued to the Spanish Naval Air Arm and Spanish Air Force, is US Navy and USMC certified for flight use. Also an eight-inch boot with closed lacing, this model has all-leather uppers, a cushioned direct injected midsole and the specialist 100% rubber Vibram CHEVRON outsole to minimise the risk of FOD (Foreign Object Damage) from debris deposited on flight decks or runways. Unlike the majority of Belleville boots, this 330 ST model is brown rather than tan, and it also has protective steel toecap.

Finally we have the new C755 Extreme Cold Weather Waterproof and Insulated Tactical Boot, as issued to the Danish Air Force. The latest evolution of the Belleville 775 family, this eight-inch closed lacing system leather and textile boot is heavily insulated with a composite lining plus the latest Gore-Tex THERMIUM toe-box and insole sole construction to form a protection barrier to the parts of the foot which get coldest quickest. Rated down to -20°C, this boot is much less bulky than previous Extreme Cold Weather Boots, meaning mobility is not compromised, and a Gore-Tex laminate lining ensures it remains waterproof. The outsole is the all-rubber Vibram 360-degree Mega Grip Pro.

With the UK MoD commencing a potential new seven-year combat boot procurement contract process, through the Defence Clothing Team which now forms part of Leidos Supply Ltd., it will be interesting to see if any Belleville Boots are selected for evaluation. The five categories required, of which we understand alternative models could potentially be picked for the first three, are: High Liability Combat; High Liability Desert Combat; Cold Wet Weather; Patrol; and Jungle. From their extensive catalogue Belleville, and its secondary brand Tactical Research, can clearly supply boots across all five categories.