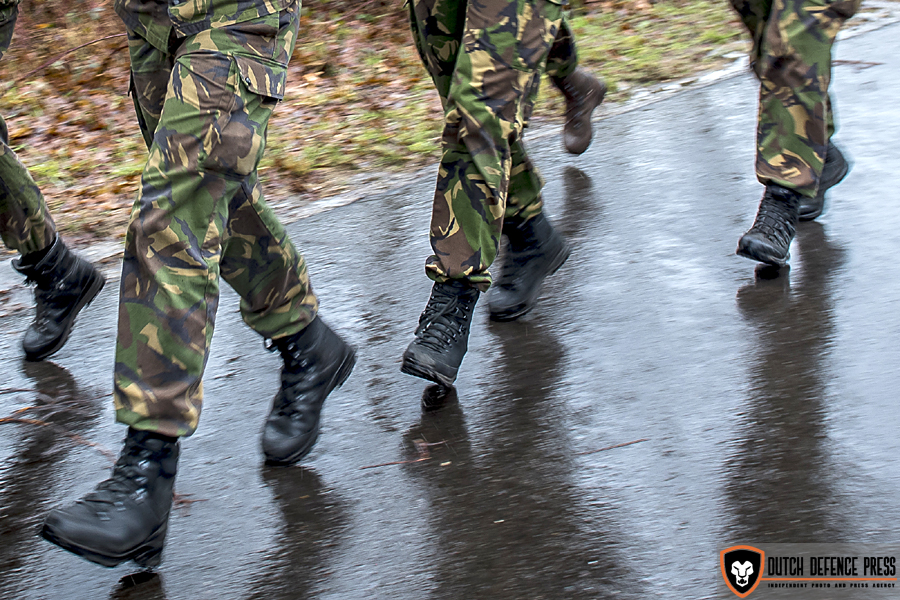 The Dutch soldier is hopefully getting new combat boots in a head to toe programme called Project STRONG ~ but unfortunately not quite yet, reports Bob Morrison.

Project STRONG – the name is derived from the English tagline Soldier TRansformation ONGoing – is the programme to re-equip the Dutch soldier with new Helmet or Helm, Personal Equipment or Uitrusting, Clothing or Kleding, Camouflage Patterns or Camouflagepatronen and Boots or Laarzen.

The new helmet has already been procured from Galvion, as the helmets and batteries side of Revision Military is now rebranded, and initial issue has also commenced on items of Personal Equipment and Clothing in the new Camo Patterns – see New Dutch M19 NFP Camo Kit In The Field – but regrettably the combat boot procurement process has stalled.

The tender phase for the new Dutch boots was concluded in February and it was hoped first boots would be issued to troops on operations by early summer, but after one of the prospective suppliers challenged the provisional contract award the matter was referred to the courts to decide. If the court finds in favour of the Dutch MoD in a ruling expected later this month, April 2021, it is anticipated that the boots element of Project STRONG will get back on track after the summer. The process will commence with a mobile team of footwear specialists travelling first around the barracks of those troops earmarked for operations to measure their feet and give them a chance to choose from different boot models prior to deployment. The remainder of the force will either receive new boots as part of the normal replacement process or will be issued them if their unit is about to go on exercise etc.

In theory all Project STRONG items, including Interim NFP camo clothing, should have been issued by end of third quarter 2022 but the legal challenge to the boots award will slightly delay this element leading to it being temporarily removed from the schedule diagram on 9th March.